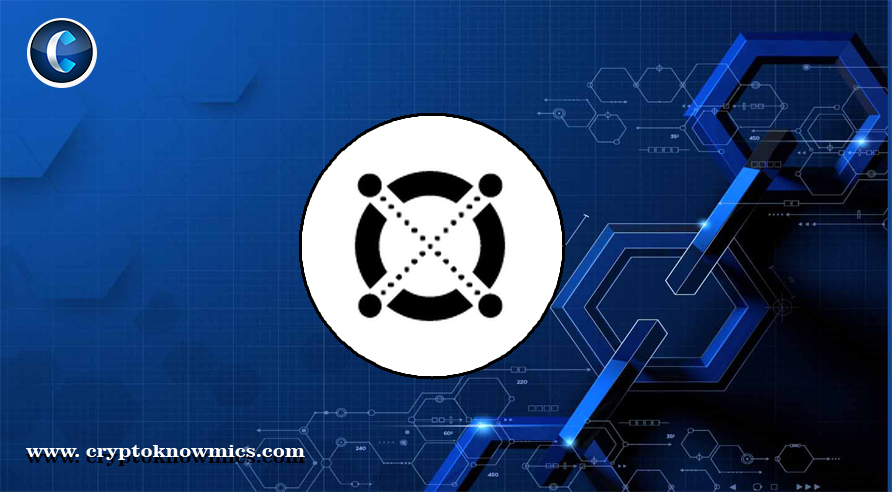 Elrond is the internet-scale blockchain, designed to bring many folds of improvement in scale, execution speed, and security. It undoubtedly provides an economic and better experience for the development of distributed apps.

This blockchain has integrated innovative strategies of Adaptive State Sharding Mechanism, and a Secure Proof of Stake Algorithm.

Elrond Gold (EGLD) is the native Elrond token that can be used for staking, governance, transactions, smart contracts, and validator rewards. Users and developers pay using eGLD to use the network. Validators take the fees in form of eGLD tokens as payment for the services they provide. It is currently trading at $180 and is available on several exchanges like Binance, OKEX, Bitfinex, Wazirx, Crypto.com, etc.

Elrond is a high throughput blockchain with 15,000 TPS and 6-second latency. Its transaction fee is as low as $0.001 much economic as compared to Ethereum with a current average of $10/transaction. The transaction throughput on Elrond can scale beyond 1,00,000 TPS with more computers joining it. Currently, the network is supported by over 2,000 nodes on 4 shards.

Elrond provides a simple and user-friendly wallet service using which users can securely transfer, receive and store their Elrond tokens and interact with Elrond dApps.

It has also developed Maiar, which is a decentralized and non-custodial digital wallet and global payments app. Using Maiar, one can send money near-instantly, anywhere in the world, just using a phone number. It can be used to send, spend and stake eGLD.

Any computer, smartphone, or server can run an Elrond client. The following are the different network roles a node can assume:

Validator– processes transactions and takes part in the consensus mechanism. It earns rewards from the network protocol and transaction fees. To be a validator, the node has to stake EGLD tokens. A malicious node can lose its stakes if it colludes to disrupt the network.

Fisherman- verifies the validity of blocks after validators propose them. It gets rewarded for pointing out the invalid blocks created by malicious validators. It can be a validator that is not part of the current consensus round or an observer node.

Adaptive Sharded State Architecture: Elrond maintains shards of its blockchain. It combines all three sharding types- state, transactions, and network. Elrond has a dynamic network configuration by shard merging and shard splitting while scaling as per demand and the number of available validator nodes. Each shard can process only a fraction of the transactions in parallel with other shards. Improved communication inside shards, enables parallel transaction processing and a 1000x improvement in throughput. It balances the smart contracts across shards and allows running multiple smart contracts in parallel. The sharding approaches are as given:

Network sharding– it handles how nodes are grouped into shards. Optimizing communication as message propagation inside a shard can be done much faster than propagation to the entire network.

Transaction sharding– it handles how transactions are mapped to shards and will be processed. This could be done based on the sender’s address.

State sharding– each shard here maintains only a portion of the state. In case a transaction involves accounts from different shards, the state would need to be updated in both the shards. The nodes of the two shards will involve the exchange of messages. To prevent any chance of attack from a malicious actor, a portion of nodes in a shard are shuffled from time to time. The shuffled node will have to download the latest state from their new shard.

Secure Proof of Stake (SPoS): It is a new consensus model developed by Elrond developers. It eliminates the PoW computational waste. It also ensures long-term security and distributed fairness. Furthermore, it is a fast consensus model which combines eligibility through stake and rating with random validator selection.

The BFT-like consensus protocol maintains a high-security level through random sampling of the consensus group, and random reshuffling of nodes into other shards.

Elrond VM Engine: it is a dedicated smart contract execution engine. Built on Arwen WASM, it is an exceptionally fast and secure VM. It supports multiple smart contract languages like Rust, C, C#, C++, Typescript. Testing and deployment on VM can be done in minutes.

Elrond provides a top-notch quality of developer experience by providing an IDE. Additionally, it provides a Rust framework for clean and efficient code in smart contracts along with a declarative testing framework.

Meta chain: it is a blockchain that runs in a special shard. Its responsibilities are notarizing and finalizing the processed shard block headers, facilitating communication between shards, storing and maintaining a registry of validators, triggering new epochs, processing fisherman challenges, rewarding, and slashing.

High Security: periodic node reshuffling across shards to prevent collusion.  Short rounds in each epoch do not allow a malevolent actor to adapt within the timeframe of a round to influence the block to be proposed in any way. The source code has undergone multiple audits from Trial of Bits.

It employs a Proof of Stake consensus model. The time is organized into rounds and epochs. A fixed number of consecutive rounds form an epoch. Each round is currently set to be 5 seconds. The network adapts its topology between epochs according to the processing load and its size.

At the start of each round, the first validators are selected. A randomness source is selected from the previous block and is signed by the block proposer of the current round due to its reliance on the immediately previous block, it cannot be predicted or known in advance. Validators are chosen to use this randomness source. The block producer will propose a block for the round and the validators check it and sign it.

For consensus, validator nodes are selected based on their stacked EGLD tokens and their rating score.

Elrond has a built-in implementation of Elrond Standard Digital Token (ESDT) and Non-Fungible Token (NFT). ESDT standard is directly implemented in the Elrond protocol and does not need its own smart contract reducing the storage footprint and cost.

Token transfers are done via a regular transaction, by adding the token ID and amount to be transferred into the data field. This increases the transfer speed and reduces the gas requirements. Tokens in Elrond are associated directly with the user accounts rather than with its address in a 3rd party smart contract. Any account has key-value storage where balances of any number of tokens can be stored. This true ownership implies a high throughput, low latency inexpensive blockchain network.

Elrond NFTs are ESDTs with additional metadata. Examples of metadata include royalties information that allows the creator to receive royalties for any transaction involving their NFT, or URI information linking the token to external information, such as the location of an associated media file on a decentralized file system. This enables high speeds and low costs for Elrond NFTs and SFTs minting, managing, and transferring transactions.

Furthermore, the costs associated with NFT and SFT operations in Elrond are almost negligible.