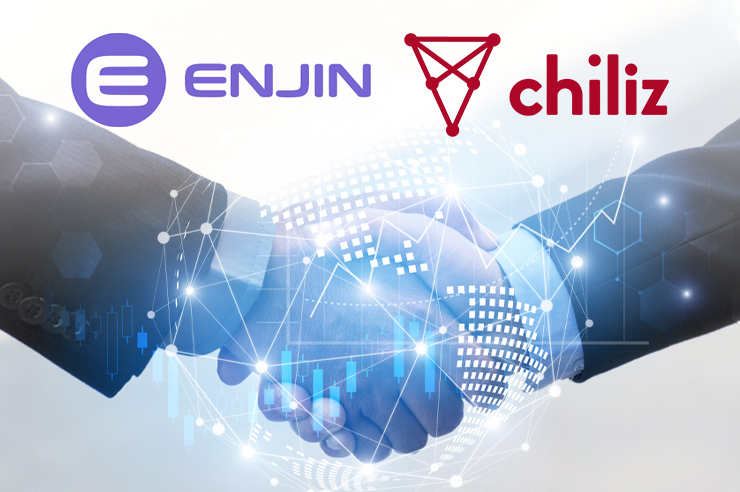 Enjin, one of the leading blockchain gaming platform developer, announced its partnership with Chiliz, leaders in blockchain-based sports fan engagement for creating the array of branded Ethereum based digital collectables for the sports and entertainment industry. Chiliz will make use of the Enjin platform to mint these collectables which can be attained through the rewards app Socios.com.

What Does The Partnership Hold?

According to the press release of Chiliz, the company will mint both fungible and non- fungible tokens (NFTs) in a single, smart contract using the ERC-1155 standard which was created by Enjin. The new-minted assets will be traded on the market place of Enjin but can be purchased using both the platforms (ENJ and CHZ)

According to CEO of Enjin, Maxim Blagov, the partnership with Chiliz will create an ecosystem for expanding the collection of blockchain gamification. The partnership will open the doors for the new opportunities to gamify sports and esports fan engagement.

Digital collectables can be termed as assets which one can earn in digitised or online gaming in decentralized space. Through the blockchain technology, it can be sold or brought on open markets in exchange for cryptocurrency. The digital collectables are built on open standards which are instantly tradable. They are compatible with the tools like wallets that hold private keys.

The digital collectables and gaming are correlated among the communities and markets of the sports industry. Blockchain is rising as the driving force for the safer and transparent procedure for dealing with digital assets.