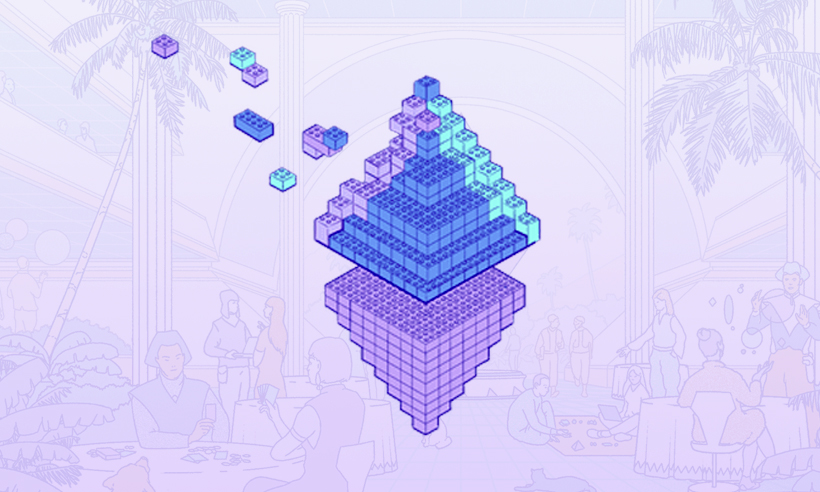 Ethereum 2.0 Might Just Fail to Trigger Genesis on Its Due Date

The crypto community has invited the long-awaited launch of the deposit contract, like how I would imagine kids would welcome Santa Claus. Ethereum 2.0 has been the vision of Vitalik Buterin from the very beginning to upgrade it’s proof of work consensus system to the proof of stake, for better security and scalability.

The deposit contract is considered the bridge between the forthcoming proof of stake blockchain and the current proof of work consensus. The contract went live on November 4th, 2020, giving the green light to stake 32 ETH to the network in order to participate as validators in the beacon chain. Since the news flooded with the launch of the contract, the token value of ETH has been in the bull all week. From the fluctuating value between $380 and $400, ETH pulled itself to over $460 at the time of writing.

Ethereum ranks second among thousands of other cryptocurrencies, right after Bitcoin. It is a decentralized open-source blockchain, incentivized by its native currency Ether. Ethereum acts as the underlying platform for many cryptocurrencies and is the most used platform to build decentralized apps (Dapps) and to execute smart contracts. The platform is currently in a transition phase of upgrading to its Ethereum 2.0 version meant to specifically increase the scalability of the network.

How Ethereum 2.0 Planned the Transition?

It’s not very often that we get to witness the launch of a multiuser blockchain, especially one like Ethereum. The monumental launch of Ethereum 2.0 is working towards the completion of phase 0 and reaching genesis. In order to trigger this event, the network requires 524,288 ETH to be staked in the network. Additionally, the participants need to stake 32 ETH for each node.

Phase 0 is the first phase among the other 3 for a swift transition into Ethereum 2.0. According to the roadmap of Ethereum 2.0, the upgrade will take place in 4 phases- 0, 1, 1.5, and 2. The crux of all is completely dependent on the interaction on shards. Shard chains are the solid ground laid to facilitate faster transactions in a secure and sustainable network while upgrading to proof of stake at the time.

With the nodes required to download the entire history of the transaction to process new transactions, it comes as no surprise that Ethereum’s previous version was only limited to 15 tps. With the help of shard chains, the nodes would only need to process the subset of that data instead of the entire network.

Will Genesis Get Triggered in Time

So basically, what we are seeing right now is Ethereum registering validators in its beacon chain. Beacon chain is the blockchain at the core of the Ethereum 2.0 network, meant to handle coordination for validators and creating a groundwork for the shards at the same.

So at the moment, yes, the beacon chain is live and is registering the validators who are staking 32 ETH and managing all that ETH getting locked in the network. The staked Ether would be out of the validators’ hands until phase 1.5, which doesn’t exactly have a set timeline.

This brings us to our main point since there is no set timeline, only expectations for the phases in Ethereum’s upgrade journey, it’s hard to figure out any finite number of days, months, or years until the locked supply of ETH is released. For instance, the deposit contract is expected to gather the entire amount of 524,288 ETH by December 1, 2020. But hey, that’s just an expectation. It is very clearly mentioned by Ethereum’s research and development that if the threshold is not matched by the due date, genesis will be triggered 7 days after that threshold has been met. Whenever that may be!

As of November 12, at the time of writing, the deposit contract reflects 58,081 ETH already staked according to Etherscan. It implies that in the starting 9 days since the contract went live, the network barely holds over 58 thousand ether, leaving the remaining amount of 466,207 to be collected in a matter of less than 20 days. The graph took a major plunge after only the second day from the launch date of the deposit contract, in terms of ETH deposited to Ethereum 2.0.

Given the rate at which Ether is being staked, for the time being, it doesn’t seem like Ethereum 2.0 will reach genesis on its due date. Moreover, it seems like Vitalik Buterin himself might be concerned over the current numbers.

In order to meet the optimum number of ETH in the network, the network will require 16,384 validators, each staking 32 ETH to Ethereum’s network. However, the numbers don’t look good so far.

The high number of ETH to register as a validator may seem to be a matter of concern to many, limiting the position to those who could afford to have their ETH locked for an unplanned number of days. The hesitation is quite visible given the palpable reduction in the amount of Ether getting staked since November 4.

Vitalik Buterin, the co-founder of Ethereum, seems to be aware of the issue, took to Twitter, and reminded stakers about the reduced penalties and great rewards.

So in fact even if you somehow get slashed ~3 weeks after you join, staking would still probably be net-profitable.

But given the very volatile and unpredictable nature of the crypto world, it is hard to determine what will happen in the remaining days. There might be a good chance that stakers might be waiting till the end moments to stake enough Ether to captivate multiple nodes. Staking pools are also busy offering a chance to be part of the network, even if you don’t have enough Ether individually. However, like participating in any other staking pool, the rewards will also be split resulting in a limited profit value. With the news channels being almost silent on Ethereum 2.0 for the past couple of days, the market seems to be at a lack of enthusiasm.