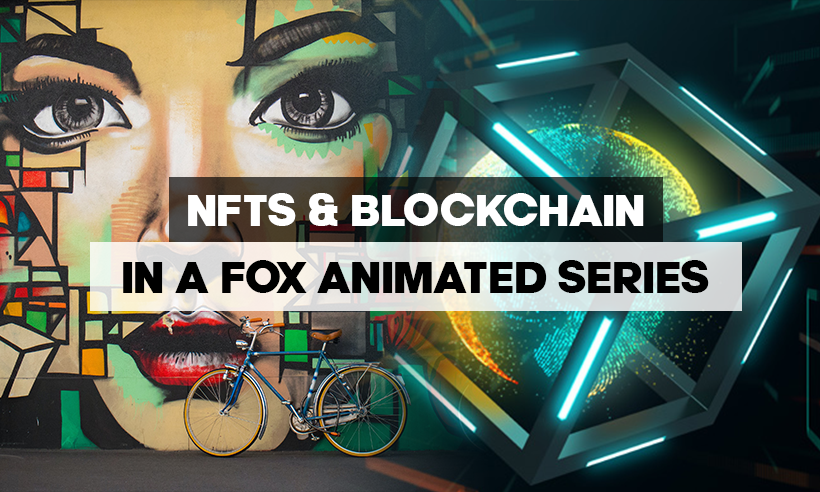 FOX Animated Series To Be Curated On Blockchain & NFT’s

Fox Entertainment is establishing Blockchain Creative Labs to develop NFTs based on the network’s programming. Krapopolis is the first animated series to be curated on Blockchain, and Fox and Bento Box enter the NF industry.

Fox is most known for “The Simpsons,” Ryan Murphy’s glossy schlock (“Nip/Tuck”; “American Horror Story”), and a show in which B-list celebs sing while dressed as furries.

While unveiling the broadcast network’s fall lineup during this year’s media Upfronts, Fox Entertainment CEO Charlie Collier announced the formation of Blockchain Creative Labs to produce non-fungible tokens (NFTs)  based on the intellectual property owned by the corporation.

According to Fox, the marketplace “will select and sell digital items ranging from NFTs of one-of-a-kind character and background art, GIFs, and tokens that give exclusive social experiences to engage and reward super fans.”

The NFT studio’s launch will overlap with the premiere of “Krapoplis,” a new animated comedy created by Dan Harmon of “Rick and Morty” and “Community.

“As an advertiser-focused, artist-first, and animation-obsessed organization, Fox will introduce advertisers to the world of blockchain-powered cryptocurrencies, including NFTs,” added Collier. And Dan’s series, officially branded ‘Krapopolis,’ will be the first to be curated on the blockchain. And, just as we do for our animation, we will assist your businesses in connecting directly with fans.

How NFT’s Could Help Hollywood Grow?

NFT is one-of-a-kind digital tokens that live on the blockchain. They can be used to create ownership deeds for digital or physical artwork, music, or digital collectibles like NBA Top Shot “moments.” According to sources, the NFT market generated $1.5 billion in sales in the first quarter of 2021.

While traditional TV ratings are declining as viewers become more dispersed, Fox is depending on NFTs to squeeze every last penny out of its properties.

As the NFT market has grown this year, there has been a rising controversy regarding copyright, as both individual artists and media companies have entered the game. DC Comics sent a warning to its artists in March, saying,

“Please note that the selling for sale of any digital images showing DC’s intellectual property, with or without NFTs, whether done for DC’s publications or rendered outside the confines of one’s contractual engagement with DC, is not permitted.”

In the meantime, a few Marvel artists have begun selling NFTs on Portion.

Fox, on the other hand, is attempting to stay ahead of the curve, even though it, too, has pressing copyright issues to deal with. As a result of Disney’s 2019 acquisition of 21st Century Fox, the former now controls the rights to Fox TV studio productions such as “The Simpsons.” But not in the case of “The Masked Singer.”