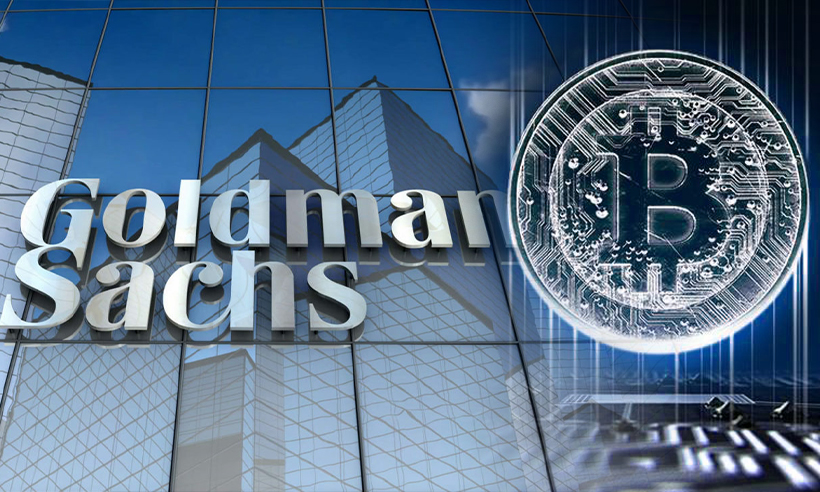 Goldman Sachs is ramping up efforts to bridge the gap between institutional investors and Bitcoin(BTC) trading. In a first for an American multinational investment bank, Goldman Sachs partnered with Galaxy Digital to begin trading Bitcoin futures. The move could potentially force other financial incumbents into action as client demand for exposure to cryptocurrencies increases.

Goldman Sachs to Use Galaxy as Counterparty for Bitcoin Futures Trading

Goldman has been hinting at its shifting policy towards crypto markets for some time now. Back in May, the bank’s internal memo revealed the creation of a crypto desk within its global currencies and emerging markets trading division. However, the partnership with Galaxy will mark the first occasion in the bank’s history of using a digital asset firm as its counterparty.

For those not in the know, Galaxy Digital is a financial services and investment management innovator run by its founder Mike Novogratz. Its co-president Damien Vanderwilt recently appeared on CNBC to talk about the implications of the partnership on the larger banking ecosystem.

“There’s a whole dynamic with the major banks that I’ve seen time and time again: safety in numbers,” Vanderwilt said during the interview. “Once one bank is out there doing this, the other banks will have [fear of missing out] and they’ll get on-boarded because their clients have been asking for it.”

Elaborating on the rationale behind the tie-up, Vanderwilt underscored that Goldman needed Galaxy’s services because its own regulatory policy prohibits it from directly engaging with crypto assets.

In a prior statement, Max Minton, the head of digital assets for Goldman’s Asia-Pacific region remarked, “Our goal is to equip our clients with best-execution pricing and secure access to the assets they want to trade.” Furthermore, he stated, “In 2021, this now includes crypto, and we are pleased to have found a partner with a broad range of liquidity venues and differentiated derivatives capabilities spanning the cryptocurrency ecosystem.”

Volatility Will Lower As More Institutional Buyers Get Involved With Crypto

Vanderwilt asserts that by leading the way for cryptocurrency trading, Goldman will make it easier for other banks to transition. As more banks allow clients to engage with Bitcoin and other currencies of its ilk, the scope and prospects of the market improve, lowering the volatility of digital assets as a consequence. In Vanderwilt’s view:

“You’re moving the market participants from being north of 90% retail, a huge chunk of which have access to ridiculous amounts of leverage, into an institutional community, who have proper, tried-and-tested rules and regulations about leverage, asset-liability mismatch, and risk. The more activity that moves into the institutional community, the less volatility there will be. ”