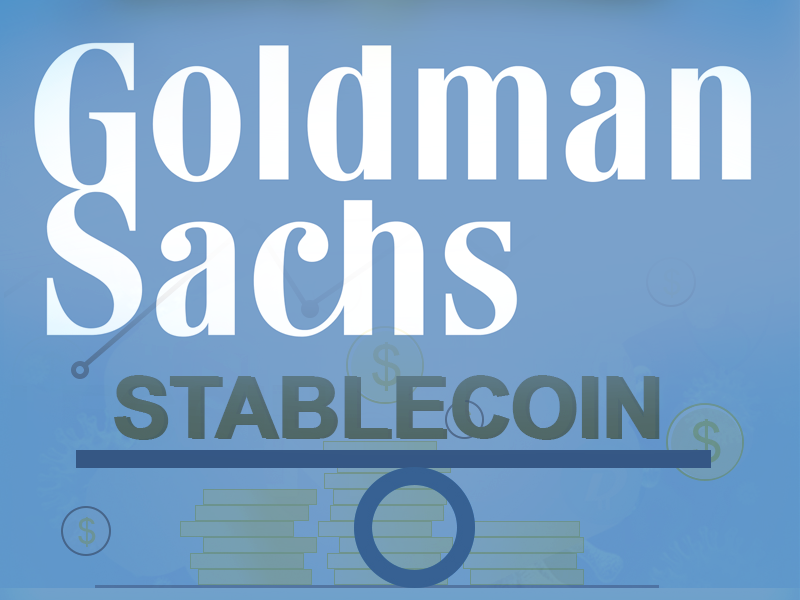 Goldman Sachs Starts Researching For Blockchain To Develop Its Own Stablecoin

A research team has been established by the New York-based multinational bank Goldman Sachs to examine how they could create their own stablecoin, announced the new global head of digital asset Mathew McDermott.

For a very long time period, the 46-year-old McDermott had worked for the finance industry and since the year 2005, he has been working with Goldman Sachs.

During his interview with CNBC, McDermott stated that at its initial stage, the research team has been analysing the commercial viability of creating Goldman Sachs own fiat token.

He further claimed that Goldman Sachs is very much excited for its latest development, it has been analysing the blockchain and would be developing a tech advancement related to it.

McDermott also mentioned that in the coming ten years, the firm will introduce a new financial system for blockchain-based assets and liabilities.

The head of digital asset at Goldman Sachs believes, “The creation of ‘huge efficiencies’ could be achieved by digitalizing everything while services such as loan origination, securitization, and debt issuances could also be improved through technological advancements.”

Mathew McDermott To Double His Team

McDermott has been planning to increase its and in regard to this, he held a discussion with his expert team in Europe and Asia.

Recently he employed a tech expert named Oli Harris for developing the company’s native token. Harris has earlier worked with the JPMorgan Group, he helped the company in creating and launching its own token, JPMCoin, on time.

Since a very long time, the Goldman Sachs has been planning to integrate with blockchain technology but it remained confused regarding the traditional cryptocurrencies.

The head of digital asset has also stated that in today’s time people are shifting towards cryptocurrencies, there has an increasing demand for it among their consumers.

Additionally, McDermott stated that bow even the banking industries clients are also moving towards it.