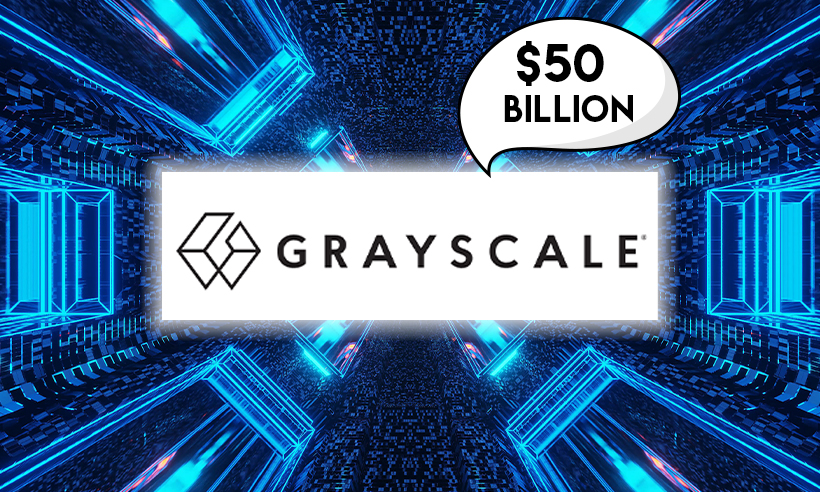 Popularly known as the industry’s crypto whale, the Grayscale investment game in the cryptocurrency market is not new. From the latest, the crypto giant has surpassed over $50 billion in crypto-assets holdings, for the very first time. The amount is equivalent to the world’s second-largest commodity ETF.

Surpassing the $50 billion milestones, the major U.S. asset manager becomes the first one to do so in cryptocurrency assets under management. Its AUM is approaching ever closer to the $57 billion holdings of the largest commodity Exchange Traded Fund (ETF). Soon Grayscale is planning to convert GBTC into an ETF when the SEC approves its first ETF.

Provided if the ETFs had been approved already, Grayscale would be the second-largest commodity ETF behind SPDR Gold Shares.

“he believes the Grayscale Bitcoin Fund, or GBTC, is likely to surpass the GLD fund by market cap in a few months.”

At present, the crypto whale holds approximately 660,000 BTC in total representing 3.5% of Bitcoin’s 18.68 million circulating supply. Providing exposure to crypto-investors almost 655,000 of these are held in Grayscale’s Bitcoin Trust.

Grayscale is the largest U.S. digital asset manager by a large margin. In comparison with Pantera, the second-largest manager, the total holding counts to $4.3 billion only, which is even less than one-tenth of the $50 billion held by Grayscale.

Recently the news of a partnership between the asset manager with TIME Magazine to produce an educational crypto videos series also prompted. The magazine also agrees to receive payment in Bitcoin. Which it will not convert into fiat and decided to hold the digital asset on its balance sheet.