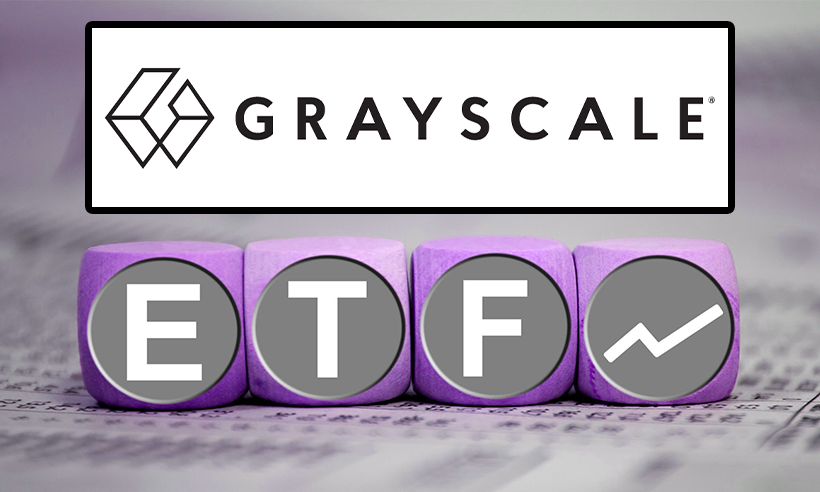 Grayscale, one of the most well-known cryptocurrency fund managers, is attempting to convert Grayscale Bitcoin Trust (GBTC) to ETF to save money on issues.  The exchange rate is now 20% lower than its bitcoin reserves, which has many people concerned about the long-term viability of their business model.

Grayscale Promotes ETF To Save Money On Issues

Grayscale, one of the largest cryptocurrency fund managers, decided to convert its Grayscale Bitcoin Trust (GBTC) to become an exchange-traded fund (ETF) to save money on issues they are facing.

Michael Sonnenshein, CEO of Grayscale, decided to convert GBTC to ETF to help investors with the pricing inefficiencies they are facing, a process to which he said they were fully committed.

Due to this price imbalance, the shares of Grayscale Bitcoin Trust haven’t performed well in their digital counterpart this year. This disparity could offset the benefits institutional investors see in these indirect exposure investment vehicles, prompting them to seek out more growth opportunities.

Having said that, Sonneshien believes that issues of price imbalance the investors are currently facing will be resolved by the conversion of GBTC to ETF. he argues in favor of this in an interview:

“Based on the arbitrage mechanism built into ETFs, we believe that any discount or premium in where shares trade relative to the product’s net asset value will be arb’ed away,” says the author.

A Bitcoin ETF Could Also Take A Long Time To Arrive

Grayscale, on the other hand, is finding it more difficult to become an ETF. Although the cryptocurrency community is optimistic about the possibility of a Bitcoin ETF now that Jay Clayton has resigned from the SEC, recent comments from Gary Gensler, the current chairman, seem to contradict this.

Cryptocurrency markets, according to Gensler, may benefit from increased investor security. Last week, the institution also issued a public statement announcing that it will be clenching restrictions on funds investing in bitcoin futures markets.

Grayscale was one of the first companies to propose a Bitcoin-based ETF in 2016. The following year, it withdrew, citing the lack of a consistent regulatory structure for bringing this product to market as the primary reason for doing so. Several ETF proposals have been filed this year, but the US Securities and Exchange Commission (SEC) has yet to respond.