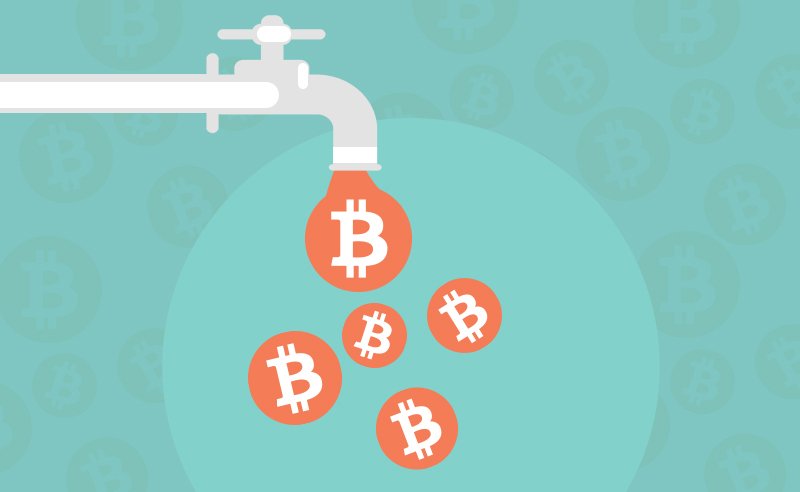 If you are into crypto, then you must be aware of many ways to earn Bitcoins and Altcoins. While buying cryptocurrencies directly from an exchange or the seller through the Exchange is the best-known way to get Bitcoins, there are alternatives that are not only cheap but easy too. As you already know that earning profits from crypto trading or long term investment is not a game of kids. You will not only need proper knowledge but also need to be cautious about crypto frauds and schemes before jumping into trading. So, is there even any way to earn bitcoin without getting your head busted? That’s what we are going to discuss in this article.

One of many ways to earn cryptocurrencies, primarily Bitcoins for free is by using crypto Faucets. Never heard of such a thing? Well, then you are missing something exciting here. In this article, we are going to tell you about such highest paying Bitcoin faucets that will help you make money with crypto. Before we get to the point, let us know what crypto faucets are and how they can be profitable to you.

What Does Crypto Faucets Refer To?

Crypto faucets are websites and apps that provide users with crypto coins as a reward for completing various simple tasks such as watching videos or playing games. The idea was invented by Gavin Andresen, who brought the first bitcoin faucet to the industry that allowed its users to earn bitcoin for free. After the invention of Andresen’s Bitcoin Faucet, many other altcoins including Ethereum, Litecoin, Dogecoin etc. developed their faucets.

Andreson’s faucet offered 5 Bitcoins as a reward to the users, which was at that time worth nothing. With the growth of the crypto industry, faucets have also evolved. Many believe crypto faucets to be fraud which is not the case always. While most of the Bitcoin and crypto faucets are barely completing captchas, others offer rewards through surveys, games and mining.

In this article, you will find out the top and best cryptocurrency faucets of 2020 that you can use to earn bitcoin and altcoins for free.

READ  Everything You Need to Know About Chinese CBDC or DCEP?

One of the best ways to earn Bitcoins is through the Free Bitcoins faucet. It is the most popular as well as one of the highest paying Bitcoin faucets. The rewards provided by Free Bitcoins are not fixed, and it depends on your luck how much you could win. Once used, the user can only play another round after an hour, but it does allow you to multiply the Bitcoins by playing other games.

Moreover, the website also offers lottery games that provide you Bitcoins for free. It also provides rewards on referring the site to others.

Cointiply allows you to earn up to 100,000 satoshi coins within an hour. There are multiple tasks you can do to earn these rewards, including completing surveys, watching ads and playing multiplier game. You can also earn 25% rewards by referring Coitiply to other users.

READ  When is The Best time to Start Your Blockchain Career?

Unlike other faucets, Bitcoin Aliens is focussed on gaming apps. It allows you to install various gaming apps and earn thousands of satoshis in just an hour. The gaming apps are available for mobile devices and computer as well and can be installed both on iOS and Android operating system. The faucet enables you to get paid directly into your wallet, and once you set up and connect your Bitcoin wallet to the application, you cannot change it.

Developed in 2014, Bitcoin Aliens is a well-reputed faucet with most positive and appreciating reviews. The best thing about Bitcoin Aliens is that it is not boring, and instead of filling surveys and completing captchas, you can earn Bitcoins easily by killing aliens.

BTCClick also allows you to earn small amounts of Bitcoins by watching video ads and other such tasks. The set up is easy, and you will need to sign in using your email ID and then set up a password. Once you sign in, you can start right away by watching videos. The videos are 10 to 60 seconds long and the longer the watching time would be, the more you will get paid for it.

You can watch more than 20 ads initially and then you will have to wait for a few hours for new advertisements. The minimum withdrawal limit is 0.001BTC.

Moon Bitcoin is one of the most famous and highest paying Bitcoin Faucet 2020 out there. Just like any other faucet, it also offers bitcoin for watching videos, completing surveys and other such tasks. After every mission, you would have to wait for five minutes to continue playing.

Initially, you have to sign in using your Bitcoin or CoinPot email address wherever you would like to receive the rewards. After successfully signing up, you can start right away with the tasks and make money out of this free faucet.

Bottom Line: Are Bitcoin Faucets Worth It?

These were some of the highest paying Bitcoin faucets that can help you earn free bitcoin by doing some meagre tasks like watching videos and playing fun games. You can also try some other faucets like Bonus Bitcoin, Free Bitco.in, Bitcoin cash faucet, Bitfun and Family BTC to earn Bitcoin and other cryptocurrencies for free.

Note that, though it is an easy alternative for earning cryptocurrencies, the payouts would be meagre. After all, what do you expect to get paid with a few clicks? It is an excellent way for beginners to get started with earning bitcoins, however, if you are planning to get your hands into Bitcoin trading or long-term investments, the best approach is to purchase cryptocurrencies directly from exchanges.

In the beginning, when such faucets were released, they used to offer about 3-5 bitcoins for completing every task, which was nothing at that time but of great value today. So, there is always hope that the cryptos you will earn today would provide you with significant profits after a while.