Helium (HNT) is a decentralized blockchain-based network for the Internet of Things (IoT) devices. Helium's mainnet, launched in July 2019, allows low-powered wireless devices to communicate with each other and send data between the nodes that form its network. The nodes come in the form of Hotspots, which are a combination of a wireless gateway and a blockchain mining device. Helium's native cryptocurrency token, HNT, is mined and rewarded by users operating nodes.

Helium's goal is to make wireless Internet of Things (IoT) devices more capable of wireless communication. Infrastructure for IoT was still in its infancy in 2013, but developers wanted to add decentralization to their offering, hence referring to it as "The People's Network" in official literature.

Let us look at the technical analysis of HNT. 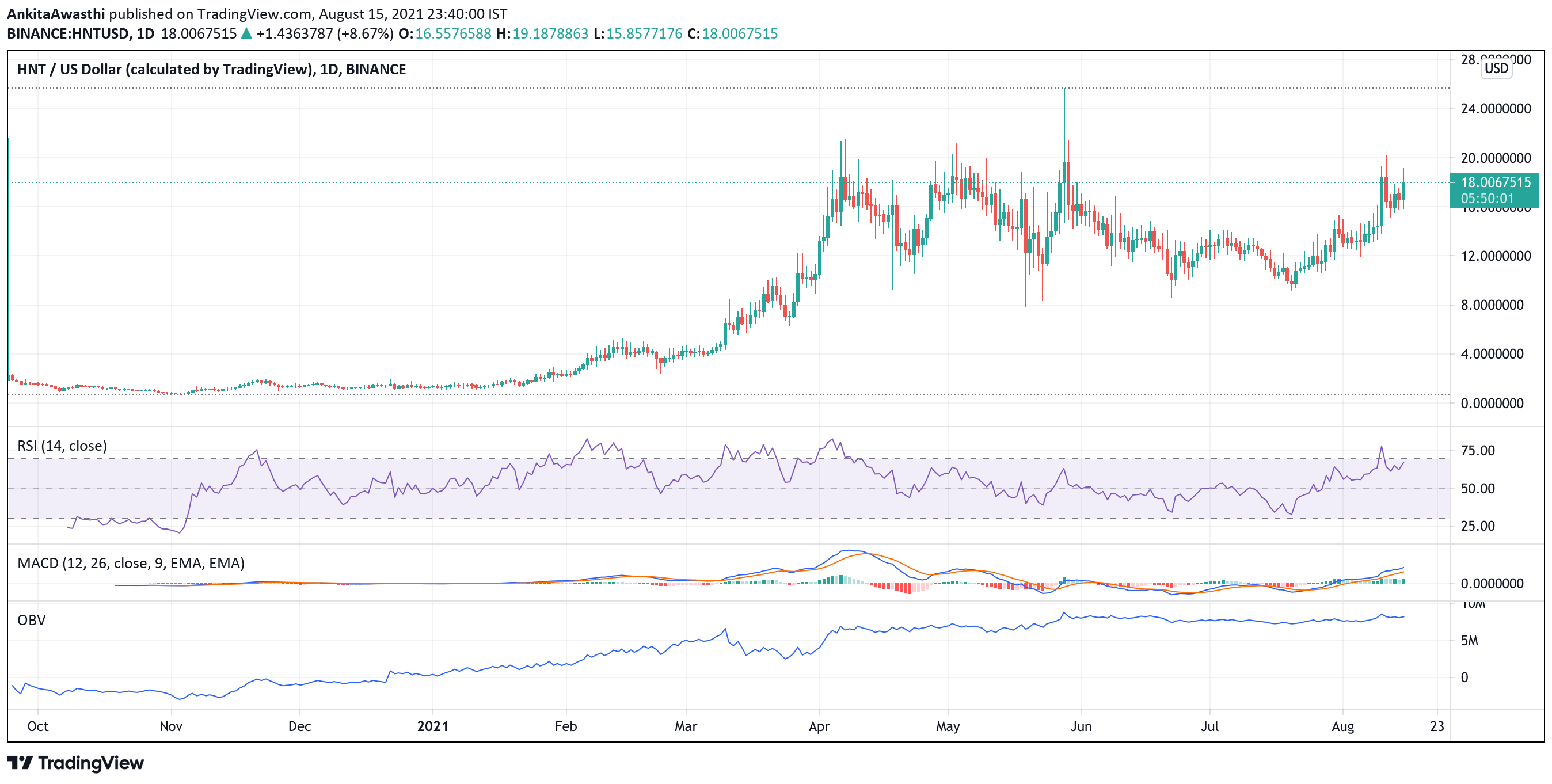 Currently, HNT is trading at $18.06. It is taking support at this level, and thus, we can expect a bounce. However, if the price falls from this level, it will highlight the next support level of $17.23.

RSI went overboard last week, but soon faced rejection and took a downswing. Again, after taking support at the 62.71% mark, the RSI rallied back to the 67.30% mark. Thus, indicating that the buying pressures are high in this region.

MACD and EMA lines are above the range of zero, indicating a positive market, thus suggesting a buy.

On the daily chart, since the beginning of this month, the OBV has been in a constant trend suggesting there is a balance in buying and selling pressures.

The current trading price is $18.06, which is below the pivot point of $19.62. The immediate resistance level is at $20.14, and if the price breakout from this level it will highlight the next resistance at $21.04.