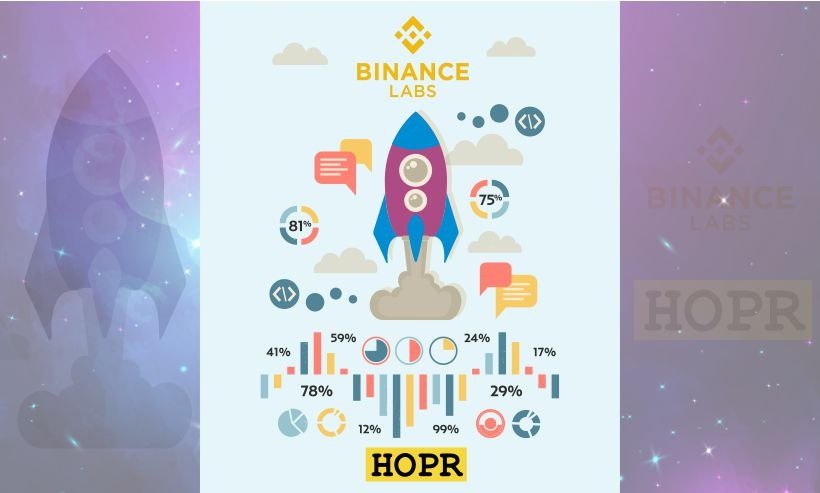 The data privacy startup will organize an event on July 16, to release its testnet and community support program, and it would also issue rewards in MakerDAO’s stablecoin DAI.

The growing concern of people over online data privacy is the reason HOPR released its project.

The company created open-source tools which could be used by the Web 3 ecosystem and issued new blockchain protocols so that it can secure the data of the users.

HOPR was established in the year 2020, but a week ago, when Binance invested $1 million in its project, the startup came under the limelight of the crypto community.

On July 09, while making an announcement regarding its investment in HOPR, Binance stated, “HOPR is the first-ever open incentivized privacy and data protection platform”.

HOPR To Soon Introduce Its Mainnet

HOPR would also start offering tokens but presently, the company has not scheduled the date for its release.

The co-founder of HOPR Sebastian Bürgel has stated that the company is planning to launch its mainnet by the end of the year 2020. He further notified that after it secured an investment from Binance, the company noticed their waiting list for the product exceeded.

Bürgel mentioned that the company never expected that they would have a waiting list of 400 people for their project.

While the HOPR network will be working on Web 3 ecosystem and providing privacy to it, the users on the network, simultaneously, would be allowed to operate HOPR nodes, stake and get rewards with HOPR tokens.

As the people’s concern over digital privacy is growing, the crypto community has started working on its solution so that it could protect the users’ data online.

In the current year, most people have started using crypto-powered browser BRAVE because it protects the users’ data online.