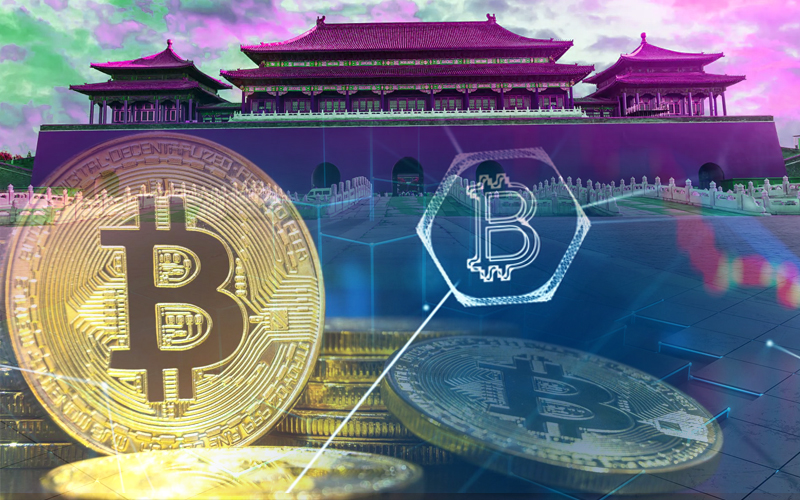 How China Can Leave Other Countries Behind In The Blockchain Race?

Today, where the world is dealing with this COVID-19 pandemic, China is taking a step forward towards the launch of its own digital currency. Countries like South Korea and America are worried about how can they improve their countries financial system but when we talk about China, it is not at all worried. Although the country has not finalised the date for the launch of Digital Currency Electronic Payment (DCEP), it has been running trials on it. If everything goes well, then China would be the first country to launch its own digital currency with limited use.

Presently, the 19 local business and a few of the US chains like Starbucks, Subway and McDonald’s are the part of this pilot testing program.

Right now, China is very much enthusiastic about this project, but there was a time when China banned cryptocurrencies and blockchain in the country.

So, a few years back, China was not a big fan of cryptocurrencies, therefore, to suppress its trading, the government decided to ban the foreign exchanges present in the country.

In the year 2019, the central regulatory authority for financial institutions in the country .i.e., People’s Bank of China (PBOC), drafted the monetary policy, stating that it has banned the access to all domestic and foreign crypto exchanges and ICO websites. Although, since a long time, China has been drafting some new advisories for cryptocurrencies, the latest was considered to be a really harsh step. Because this could have eliminated the crypto trading and mining activities from the country.

In the year 2017, the initial coin offerings were already banned in China and because of that, the price of Bitcoin in the market came down by 6 percent. Soon after the ban was imposed on ICO, the BTCC bitcoin exchange which was based in Shanghai shut its door for crypto trading in China.

The PBOC also started imposing strict regulations on those domestic dealers who used to deal in foreign cryptocurrency transactions and ICOs. The central authority banned the financial institutions too from dealing and funding in crypto-related activities.

The authority has been doing so because it noticed that overseas transaction was experiencing a greater turnover.

According to the Chinese authority, virtual currencies were an illegal commodity, but can we blame the authority for this!!.

Initially, the cryptocurrency has been an illegal commodity for every country around the world and the main reason for that, is Cryptocurrencies are not issued by any recognized monetary institutions. Also, the cryptocurrency does not possess any legal status which could prove that it is equal to money.

After banning crypto trading, the Chinese government thought to ban Bitcoin mining in the country.

It even released a notice for the tack force under it to actively guide in the closure of Bitcoin mining operations in the country. People supporting Bitcoin believed that the mining ban would definitely have a negative effect on the market.

To ban crypto mining the country the government decided to use policy axe. According to this policy, the government was allowed to publish a regulation which could limit the various aspects of Bitcoin mining like electricity consumption, land use, environmental regulation.

However, the government did not ban crypto mining in China because almost 60 percent of miners have already established their base in China.

Although the government has banned Bitcoin and was planning to the mining operations, it never remained too harsh for blockchain.

However, cryptocurrency is part of the blockchain, the country was still not sure about cryptocurrencies. But it supported blockchain because China wants to dominate this new era of innovation.

China was aware of the unique potential of blockchain technology and therefore, the country invested millions in it for its development. Although the government has banned the cryptocurrency, it also has been working on the blockchain ecosystem to support the techno-economic revolution of DLT.

The Communist Party of China’s involvement in blockchain-related activities shows how much the government is in it. During the elections in China, the party even included blockchain development in its five-year plan.

A few months ago, China released its new blockchain initiative called Blockchain-based Service Network (BSN). Basically, this network would work as a backbone for massive interconnective throughout the mainland. It would also support the Digital Silk Road to provide its service to all of the trade partners of China.

The network could be considered as a new internet protocol that provides its users with a more efficient way to share their data in a transparent and trusted way.

“THE BSN WILL CATALYZE THE GLOBALIZED DIGITAL ECONOMIES OF THE FUTURE”.

The BSN has created a cloud management technology to compute collectively in a resource-efficient manner, on top of a multi-cloud architecture.

Apart from this, the country is also working on its own digital currency which would be based on blockchain technology. The CBDC would have a state-controlled monetary policy and will bring in the usability and efficiency benefits of blockchain. According to the government, Digital Currency Electronic Payment (DCEP) would be highly traceable which means the authorities can easily monitor all of the transactions and reduce the frauds.

As I said earlier, there are many countries who have been working on their national digital currency but apart from China and Sweden, none was able to conduct its testing program. The countries are shifting towards their own digital currency because, in recent time, very fewer people seem to rely on physical cash. This is happening because now most people opt for payment through their smartphones.

Then in the year 2017, Digital Currency Research Institute was established, whose responsibility was to monitor the whole development and testing process of the country’s national currency.

Unlike the other digital cryptocurrencies, DCEP is being supervised by the central authority.

As the DCEP has been created now it is out for testing and after its completion, the authority would schedule a date for its launch. If that happens, then China will be the very first country in the world to launch its own national currency, which would be beneficial for it.