How to Safely Invest in the UK Economy

The United Kingdom of Great Britain and Northern Ireland is a major financial player. Today, it is estimated to have the 6th largest economy on the planet. This may not seem particularly impressive. However, the national capital is among the biggest financial centres worldwide. London boasts the best city GDP in Europe. It is hardly surprising that the country is an appealing destination for foreign investors.

The London Stock Exchange is the third in terms of market capitalization. It has 3 thousand firms on its listing, and they come from different continents. The traded stocks represent 60 countries. Enterprises from Europe, Asia, Africa, and Latin America consider it an achievement if their shares are included in the offerings.

In comparison to emerging markets, the United Kingdom is safer and thus more attractive. But similar to forex trading, investment still carries inherent risks. A prudent investor should, therefore, look at the upsides and downsides. First, consider the following advantages.

First, the capital is a large-scale global hub. This translates into an advanced financial environment. Another feature is that the stock exchange has both remarkable liquidity and stability. Outside of New York, London is the top destination for investors.

Secondly, this hub gives access to many blue-chip baskets. The local stock market attracts some of the biggest firms in the category. These range from Rio Tinto to BP and GlaxoSmithKline. For an investor, this means stock operations are less risky than elsewhere.

What Are the Risks?

There are two main drawbacks associated with the UK market. Brexit has caused undeniable damage to the perception of the country’s economic health. However, it is not the only culprit.

Services account for a large chunk (70%) of the national economy. This is often observed in states of the developed world. The consequences are double-sided. On the one hand, the system is more stable. On the other hand, shifts in consumer credit and commodity prices can trigger problems.

This issue stems from the heated and persistent Brexit controversy. The country decided to leave the EU in 2016. The announcement caused a hike in political risk estimations. Another source of volatility lies with Scotland’s separatism sentiment.

To put money in the economy, one can use a variety of channels. First, there are ETFs. Exchange-traded funds are linked to the value of a single currency or a group of currencies. This means diversified investment through a single instrument.

Internationally recognized brokers provide not only intermediary services but also make sure that even a beginner can start trading with FXTM after reading the guide. This will allow you to buy and sell British pounds. The currency market is the most vast-spread in the world. Daily volumes worth over 6 trillion US dollars circulate between institutional and retail traders. The British pound is included in major and minor currency pairings. Examples of these include GBP/USD and EUR/GBP, respectively.

Rather than placing separate trades, one may invest in ETF. This way, profit is still based on the movements of the currency market. However, the clustered nature of the tool saves time and hedges risk. Some of the most popular choices include the following: 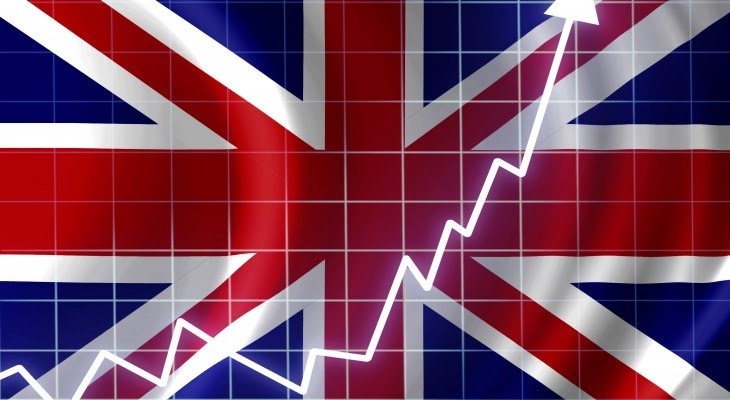 The most sophisticated instruments include ADRs (American Depository Receipts) and investment in the London Stock Exchange. The latter is the most direct way to invest in the UK economy. A retail trader may buy stocks on the LSE. Here, it is vital to consider tax implications. You will be directed into a foreign economy, so regulations may vary.

All in all, the United Kingdom is attractive to investors from overseas. One of the oldest and largest financial centers in the world, it is where quite a few corporations choose to operate. As the local financial market is liquid and relatively stable, the appeal to foreign players is clear.

However, the latest political changes and the Brexit turmoil have caused damage. In addition, the economic system is highly dependent on consumers. As a consequence, commodity prices and consumer credit may cause significant changes. It may thus be concluded that the country is facing serious risks. These should be weighed up carefully.

Sandeep is an avid cryptocurrency enthusiast and a keen &amp; passionate blogger. He has a strong mix of skills in the areas of computer networking, cryptography, algorithms, and data structures and specializes in ERC20 tokens. Lately, he is taking a lot of interest in blockchain-powered AI solutions, about which he is also reading and writing extensively. He has to his name dozens of deeply researched articles about cryptocurrencies, blockchain, AI, and IoT. Apart from that, he loves to keep track of the latest trends in social media and digital marketing space. Also, as a huge proponent of blockchain and cryptocurrencies, Sandeep tries to deliver all the latest cryptocurrency news to ardent crypto supporters like yourselves. If you like his content, feel free to follow him on LinkedIn.