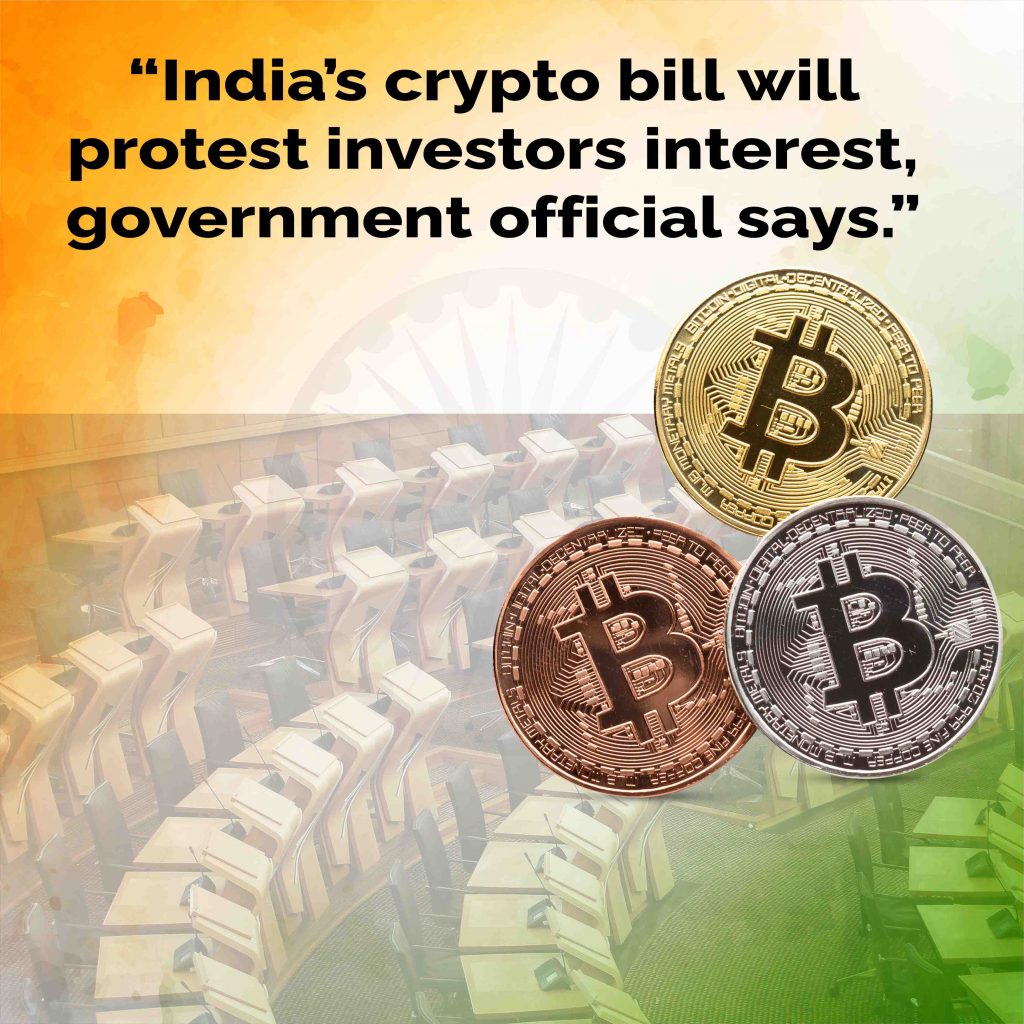 Anurag Thakur, Indian Minister of State for Finance and Corporate Affairs said that the forthcoming crypto bill in India will protect investor’s interests. Regulators are considering all options with an open mind when it comes to cryptocurrencies, he adds. However, the minister did raise concerns over the extreme volatility in digital assets.

In an interview with the Indian TV news channel Times Now, Anurag Thakur, Indian Minister of State for Finance and Corporate Affairs said that the government is considering an open mind on cryptocurrencies and will make sure that the interests of investors are protected.

The country’s Central Bank is also working on its own digital currency with the government forming an inter-ministerial committee, where secretaries had submitted a report as said by Thakur.

However, the minster did raise concerns on the high volatility in cryptocurrencies, saying:

“Fiat currencies don’t see such fluctuation. We will ensure that the interest of crypto investors is protected in the Bill. But we want to make it clear that we are in favor of technology.”

India’s much-anticipated crypto bill was previously scheduled for parliamentary introduction by last week. However, plans have changed due to local elections, Thakur said.

Bill Draft yet to be Introduced in the Parliament

“In the new crypto Bill, all these aspects will be considered. All options are being considered with an open mind,” said Anurag Thakur.

While the contents of the Bill are not yet known, news emerged in February that the bill would ban all private cryptocurrencies such as Bitcoin. However, recently, the Indian Finance minister, Nirmala Sitharaman said that it would take a calibrated approach towards digital assets.

Even if the draft bill had been introduced in the last session, it would still have a long way before becoming law. As both of the lower and upper chambers of the parliament would have to debate it. If approved by the parliament, the president would then have a final say on it.