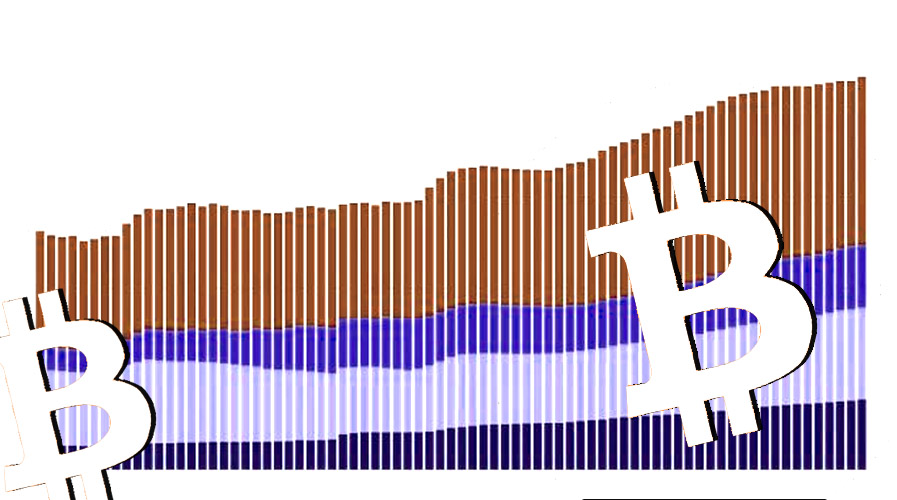 Leading Bitcoin figures reacted with Shock to the world’s combined debt to hitting $255 trillion by the close of 2019. An amount that is equivalent to $32,500 per person on the planet or even more drastically, $12.1 million per Bitcoin. The Institute of International Finance updated the figures during the annual update of its Global Debt Monitor.

Meanwhile, by the close of 2019 the world’s total debt will have expanded by some extra $12 trillion in comparison to 2018 figures. Well, the United States singly debt is already at $23 trillion and seems to be approaching the $25 trillion mark.  The Federal Reserve is however undaunted by the fact of a continually expanding debt. The Fed Chairperson Jerome Powell described the prevailing  situation/ debt trajectory as “unsustainable’ and considered; the fact that no critical complications would ensure without paying off.

On the other hand, Bitcoin proponents were rather stupefied that the fiat economy was creating;  a $12 million of debt for each bitcoin to ever walk the face of global finance. The verdict on this side well seemed a little bit of the edge and pretty obvious.  Rhythm, an Online analyst summarised the situation on November 15 that “ Plan A” has already failed” . Well, what next?

The combined global debt has never again attained such a deafening levels. While Bitcoins continues to gain prominence in the global economy, its proponents have increasingly attempted to educate consumers about its potential benefits as ; a form of money that no central authority or single actor can manipulate.  Fiat money on the other hand is under threat of manipulation by central banks through economy policy. During Tales from the Crypt Podcast, Trace Mayer appealed to fans to regain control of their finances. He said:  Are you going to claim your monetary sovereignty? Hold your own private keys? Run your own full node? That’s how you fight the war today,”