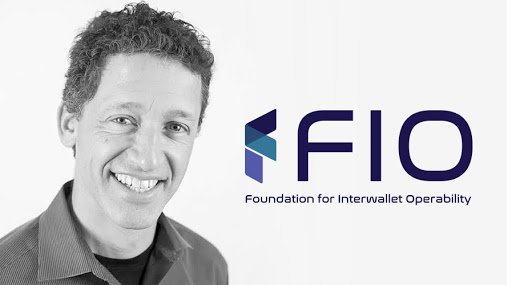 Today we have with us David Gold, the CEO of Dapix, which is working toward enhancing blockchain usability. During the interview, David Gold will provide us with relevant insights into how his organization is revolutionizing the blockchain space. Also, he would share information about FIO, which would bring about significant transformation in crypto usability.

Please tell us about yourself and your journey in this industry so far.

After graduating with a Master’s from M.I.T. (in Aerospace Engineering and Technology Policy), I worked with NASA and in the Executive Office of the President before transitioning into the private sector and finding a number of software businesses during the dotcom era. From there, I went on to become an angel investor and venture capitalist. As Managing Director of Access Ventures Partners (an early-stage VC fund), I led blockchain investments and quickly saw the disruptive potential it could have but, also, how horribly un-user friendly it was which was not dissimilar to the Web in 1993. The result was the idea behind the FIO Protocol, which we incubated out of the fund and I subsequently decided I wanted to run full time.

David Gold Please introduce our audience to the FIO.

The Foundation for Interwallet Operability is a consortium of some of the most prominent stakeholders in the cryptocurrency space – wallet providers, payment processors and exchanges – that share a common goal of bringing greater usability to a growing number of Users. These members will be the first to integrate the FIO Protocol: an interoperability standard that will enable human-readable wallet addresses, payment requests and the attachment of metadata to transactions so as to remove any human error or difficulty from the process of sending/receiving funds – something that is vital to mainstream adoption.

How did you come up with the idea that went behind creating FIO?

Early on when using some of my first wallets I went to send some Ethereum from a desktop wallet to mobile wallet. I used the QR code functionality to scan the public address and set the Ethereum. But it never showed up… the QR code had an error in it that caused one digit of the public address to be incorrect. That combined with many other usability challenges led to the ideas behind the FIO Protocol.

The goal of many of us in this space is mass adoption, but the only way in which this can be realistically achieved is if cryptocurrencies are made just as easy (if not easier) to use than centralized incumbents like PayPal or Venmo. Having been heavily involved in the internet since its early days, I recognised that a concerted effort was needed amongst industry players to adopt a standard (much like HTTP) to improve usability.

From there, we conducted extensive research at Dapix in order to identify the main pain points, and the solutions at our disposition to create better infrastructure. It seemed clear to us that the formation of a consortium of some of the most powerful user-facing entities in space was the most effective way to establish an industry-wide standard, which led to the birth of the Foundation for Interwallet Operability and the FIO Protocol.

With so many human-readable wallet identifiers currently doing rounds, how does FIO stand out?

First, the FIO Protocol is much more than just wallet addresses. Out of the box, it includes decentralized payment request (FIO Requests) and cross-chain metadata (e.g., invoices, notes, order carts, etc.) Other wallets “naming” projects are limited to only that function. Other efforts at wallet addresses (usually called “wallet names” by them) have one more serious flaws. Some have centralized elements that lead to privacy and hacking risks.

There are a few similar projects that currently exist. Where does FIO fit in with them?

The only projects that are similar are those attempting to address human-readable wallet addresses. But the FIO Protocol is much more than just wallet addresses including decentralized payment requests, cross-chain metadata and, in the not too distant future, functionality like decentralized recurring payments, fee-splitting and multi-sig routing. No other project is creating a purpose-built decentralized service layer that handles the workflow, messaging, communications and confirmations that lead up to a transaction and follow a transaction like the FIO Protocol.

David Gold What has the response been toward FIO? What is the size of the current userbase?

FIO has had a phenomenal response from the industry, with 28 FIO Members (wallets, exchanges and crypto payment processors), including many leading wallets and exchanges, such as ShapeShift.io, Binance’s Trust Wallet, Enjin, Coinomi, MyCrypto, Edge, Bitcoin.com, Mycelium and many others. These members already have dedicated user bases of their own, which can be seamlessly on-boarded upon Mainnet launch. End users have also shown broad enthusiasm even in advance of our Mainnet launch as our social media following is larger than many blockchain projects that are live.

What do you think will the next five years be like for FIO?

The FIO Protocol will become the blockchain industry standard for usability and every “crypto endpoint” (e.g., wallets, exchanges, crypto payment processors) will grab the open-source SDK’s and API’s to integrate FIO Protocol functionality into their products. The next five years will be marked by continuous development – there are many features added to the FIO Protocol including things like recurring payments, fee-splitting and multi-signature routing.

I’m incredibly excited to see the FIO Protocol adopted by the wider cryptocurrency space, given that it posits a solution to the long-standing issue of usability.

What are your views on the growth of the blockchain industry in general? Where do you see it going in the next two decades?

The ‘industry’ will cease to be an industry – rather, we’ll have a technology akin to the internet that is used globally and spawns its own industries. Usability enabled by projects like the FIO Protocol will allow blockchain to finally break into mass adoption and real use in commerce and for utility.

Thank You David, for your valuable time and deep insights. It was a pleasure interviewing David Gold. Follow us on our social channels to be served with more such engaging and enriching content.