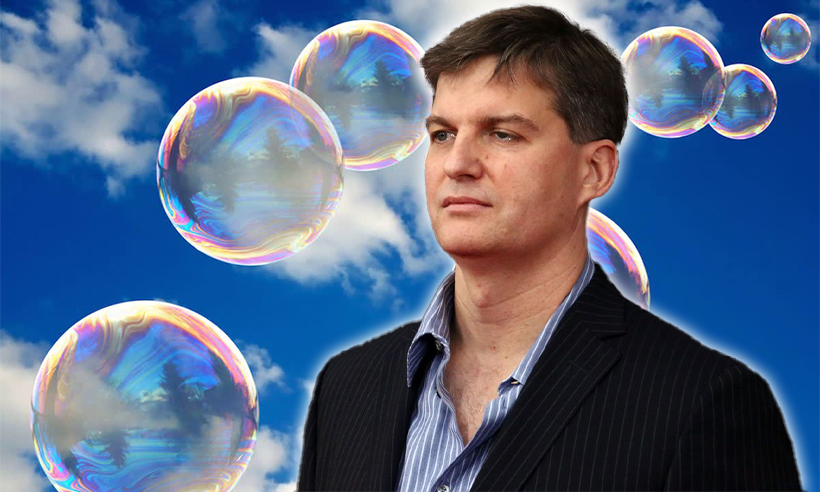 Michael Burry Warns of the ‘Greatest Speculative Bubble of All Time’

Legendary investor, Michael Burry who once called out on the housing bubble has posted yet another warning about speculative assets like cryptocurrencies and meme stocks in a now-deleted tweet.

Michael Burry Warns of the ‘Greatest Speculative Bubble of All Time’

After deleting all his tweets just over two months ago, investor Michael Burry is back saying markets are in the biggest bubble in history.

Tweeting the hashtag #FlyingPigs360, in reference to an old Wall Street phrase: “Bulls make money, bears make money, but pigs get slaughtered,” which is used as a caution against greed.

Burry has warned that investors are more greedy now, speculating unrealistically, and chasing unrealistic wild returns, pointing to the excessive leverage used in the cryptocurrency market.

“People always ask me what is going on in the markets. It is simple. Greatest Speculative Bubble of All Time in All Things. By two orders of magnitude. #FlyingPigs360.” he tweeted

Back in early April, Michael Burry had deleted his Twitter account after flagging the Tesla stock, which he is short along with GameStop, Bitcoin, Dogecoin, Robinhood, SPACs, inflation, and the broader stock market. He resumed twitter tweeting again on June 14.

Burry even compared the hype around Bitcoin, electric vehicles, and meme stocks to the dot-com and housing bubbles and said earlier this year that the stock market was “dancing on a knife’s edge.”

Burry is most known for spotting the mortgage crisis ahead of time and making a fortune against the U.S. housing bubble.

READ  India Advances into Crypto: From Ban to Recognition as Legal Tender

Back in February, he joined the inflation debate, making a comparison to the 1970s period warning investors to brace for inflation while pointing to a boom in demand due to the fiscal stimulus being injected into the economy, saying: