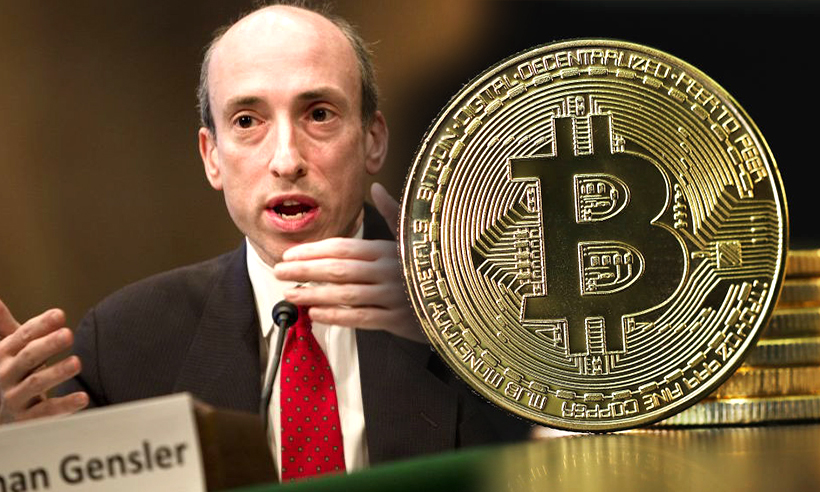 Investors Staking in Unregistered Crypto will be Scrutinized-Gary Gensler

On Wednesday the US SEC Chairman Gary Gensler, in his written testimony, warned about unregistered crypto, and legal scrutiny of investors who are staking in non-compliant securities.

On Wednesday, May 26th, Gary Gensler the Chairman of the U.S. Securities and Exchange Commission, during an oversight hearing at the House Committee Appropriations, informed Mike Quigley, a Democratic Congressman, that there are many crypto-assets that are non-compliant and fall under the federal securities laws:

“You are right to say that there are many crypto tokens that do come under the securities laws, and our agency is trying to enforce the law. But there’s thousands of tokens, and we’ve only been able to bring 75 actions. And there are others currently that are non-compliant.”

In a prepared testimony presented at the hearing, Gensler emphasized that asset managers that stake in unregistered securities could be legally scrutinized by the SEC as well.

“The SEC has been consistent in its communication to market participants that those who use initial coin offerings to raise capital or to engage in securities transactions must comply with the federal securities laws. Asset managers that invest in these assets may come under securities laws, too.”

Gensler who took charge of the SEC in mid-April also reiterated his intentions to work with Congress to regulate cryptocurrency exchanges in his testimony:

“In recent weeks, the reported trading volume has ranged from $130 billion to $330 billion per day. These figures, however, are not audited or reported to regulatory authorities, as the tokens are traded on unregistered crypto exchanges. That is just one of many regulatory gaps in these crypto-asset markets.”

While mentioning that there’s definitely “some interest” in funds that are directly related to cryptocurrency and digital assets, the SEC Chairman is also currently said to be in talks with several other federal agencies to fill the regulatory gaps in the crypto space.