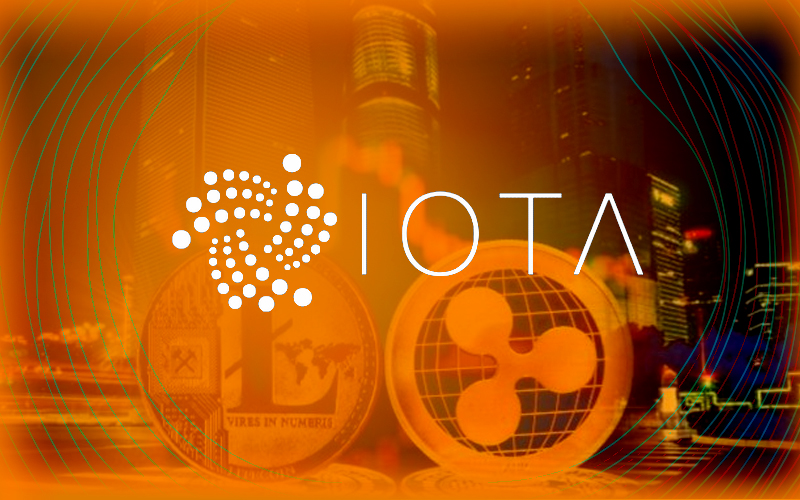 An open-source distributed ledger and cryptocurrency, IOTA, has secured the third position in a recent rating organised by the Weiss Rating Agency. The first and second position is secured by Bitcoin and Ethereum.

Another achievement of IOTA is its open marketplace (OMA) which has been launched in Germany. This marketplace has been designed to provide users with a trading platform for goods and foods.

IOTA has accumulated enormous traction in the tech industry for the DLT it provides them.

In April 2019, Weiss acknowledged the development team of IOTA for its commitment and rate it high ahead of many other projects of cryptocurrency.

In addition to its previous acknowledgement, Weiss recently, put IOTA ahead of Ripple and Litecoin during its rating process.

Earlier, according to Weiss rating agency, Ripple was at third position and Litecoin was at fifth position.

The main aim of IOTA’s developer is to create a protocol for the internet of things (IoT) so that it could be used in machine economy.

Previously, when Weiss Rating acknowledged the development team of IOTA, it stated that IOTA is among those projects which no crypto enthusiasts could afford to lose.

Many times IOTA has experienced disappointment in the market but its technology has always amazed people in every sector around the world.

OMA In Germany For Trading

The new Open Marketplace (OMA) of IOTA would soon introduce its maiden enterprises in three cities of Germany i.e., Berlin, Hamburg and Düsseldorf.

OMA, which is a peer-to-peer decentralized marketplace,  has been created in competition with Amazon and Uber.

On this platform, the sellers and buyers could interact with each other and while doing so they do not have to involve any third party. According to the development team, currently, the marketplace is at its initial stage, it requires further innovations.

In three cities of Germany, some of the pharmacies and bakeries have come forward in support of OMA.

A report by the COVID19 Hackathon states that although OMA is at its initial stage, needs development, still, it has the best application in the fifth week.