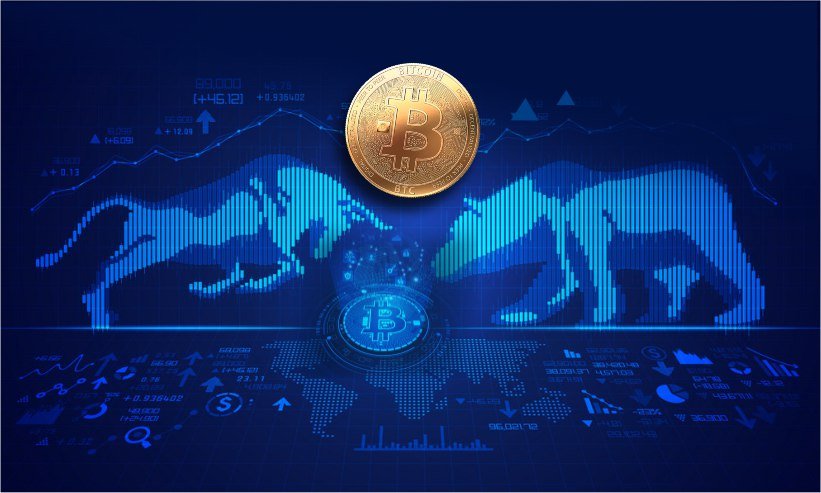 Is Bitcoin Headed Towards a Major Correction in 2021?

The world’s first and largest cryptocurrency, Bitcoin, is making headlines almost every day by hitting a new ATH. This week Bitcoin traded to a new all-time high breaking the $52k mark, and it is consolidating gains while continuing its upward trajectory. This recent spike in the price came when the world’s largest asset manager BlackRock announced its plans to dabble into Bitcoin on February 17. And with this significant rally, Bitcoin has also broken the $1 Trillion Global Market Cap.

Bitcoin stands $56,556.01 at the time of writing, and even though it is expected to have a minor correction, the bulls are likely to remain active. Despite the immense faith that the crypto community has in Bitcoin, some chart analysts say that Bitcoin is probably heading towards a major correction soon. According to analysts, the numbers are going to fall and traders should brace themselves. 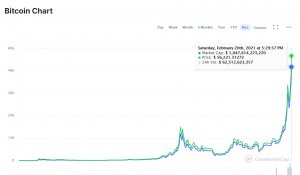 What Do the Charts Say?

The speculation of a price correction came after Veteran trader Peter Brandt tweeted that Bitcoin is in the middle of yet another parabolic advance. He tweeted his analysis along with a chart that showed that the parabolic trend started back in 2018 when Bitcoin was at $3,100. Bitcoin is up by 1,331 percent ever since. 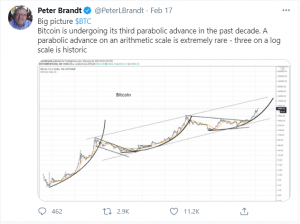 Peter Brandt, a renowned personality in the crypto space, has trading experience of over 45 years. He says that seeing three parabolic advances on a logarithmic chart in ten years is truly “historic.”

In mathematical terms, a parabolic run happens when there is an increase in the angle of ascent. Brandt cautioned investors against jumping on the train when a parabolic advance already becomes evident in his January tweet, saying:

“Once a parabolic advance is obvious, it is way too late to be a buyer. The train has left the station. If you do not already own a market by the time I point out a parabolic trend, then don’t buy based on my chart.”

In January 2018, Brandt noticed the violation of Bitcoin’s previous parabolic advance. It followed an 80 percent correction that the veteran chart analyst predicted accurately.

Now, Brandt expects a similar kind of correction in bitcoin price as soon as the ongoing parabolic move is over. He remarked that 80% correction is most likely to happen when parabolic advances are disrupted.

Is this Bearish Fear Preposterous?

If we look at the road Bitcoin is on, then it won’t be wrong to say that this fear of Bitcoin’s price correction is groundless. It has broken a market cap as huge as $1 Trillion. This signifies the depth at which Bitcoin is being accepted in the global market. Even though the chart shows otherwise, investments pouring into Bitcoin reveal a different sentiment. Importantly, whenever there is a fear of Bitcoin correction, major institutions have invested in Bitcoin and kept the bull active.

Tesla recently invested $1.5 billion in Bitcoin. Ark Investment Management founder Cathie Wood spoke positively about Tesla and Square’s investment in Bitcoin. She also said that a single bitcoin could be valued at $200,000 or more if more corporations add Bitcoin to their balance sheets.

According to a recent press release, MicroStrategy is planning to use the proceeds of a $900 million convertible bond sale to purchase more Bitcoin. Other major institutions like BlackRock, GrayScale, MassMutual, SkyBridge Capital, and Galaxy Digital, have also put their faith in Bitcoin.

In recent news, Miami Mayor Francis Xavier Suarez showed support for Bitcoin. Suarez is also making efforts to make Bitcoin an acceptable currency for investing in the state treasury. He received a lot of gratitude from the crypto industry for this.

And to add more to the list Visa CEO Al Kelly recently said in an interview, “The digital currencies are a potential player in the global commerce going forward.” The company set up a new suite of crypto APIs, which will enable their customers to purchase, custody, and trade digital assets. Mastercard has announced that it is planning to integrate cryptocurrency into its payment networks. The multinational payment firm is considering giving support to stablecoins.

Earlier this year, when Bitcoin was witnessing a slightly bearish trend, Elon Musk took to Twitter and added “#Bitcoin” under his Twitter bio. This made Bitcoin’s price surge promptly by $5,000, rising from $32,000 to $37,000 in just half an hour. This clearly shows that a bearish trend for Bitcoin is not likely to last long, and an 80% price correction is quite unlikely to happen. If anything, investors for Bitcoin are only increasing as days go by.

Moreover, the market conditions are different now. Millions of people know about the crypto space and have invested in it. The fear of the unknown is no more. The crypto and the blockchain industry is growing immensely over the past few years. People are talking about the industry not just on platforms like BitcoinTalk Forum, but also on mainstream social media platforms like Twitter.

Jobs in the blockchain sector have also increased. People are reading and writing more about cryptocurrencies. Therefore, the industry is pulling in not just more institutional investors, but also retail investors. They are thinking Bitcoin to be the digital gold and the best alternative to gold. With a support system like this, our first-ever cryptocurrency is only in the mood to ride the bull now.