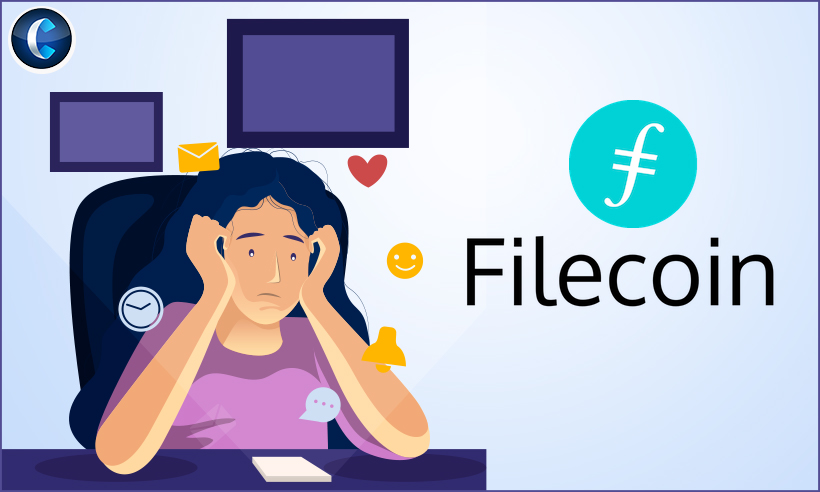 Is Filecoin Really Valuable or FOMO at Play?

Filecoin’s long-awaited mainnet launch sent the crypto community into a hyperactive state, finally putting Filecoin in the spotlight it deserves. However, a negative shadow came with the exaggerated version of news captivating the miners’ strike, which was a mere hesitation seeing decreased the growth rate of the network storage power. Despite the negative coverage and given the journey of the protocol labs, their vision is quite exemplary and casts a unique vision for data storage and accessibility. The aim to create the next generation of the Internet, pieces together with the launch of IPFS and now Filecoin.

Filecoin network is powered by its native currency FIL, which currently ranks 26 on Coinmarketcap, has started off with a rocky ride. Within 24hrs of the mainnet launch, the FIL saw an instant surge and capped over 9 million USD. However, the miners’ hesitation to participate in the network cut the token price to less than half in the following week along with a major fall in the market cap.

Why Filecoin Is Hyped?

Filecoin recorded the highest ICO in the history of over $200 million and the token holders can’t wait to sow the fruits of their patience as the token went live. The heavy numbers were solely based on the reputation of Juan Benet, the founder, and CEO of Filecoin, and IPFS under the parent company protocol labs.

Protocol lab’s dream to create a fast, secure, and decentralized Internet is the shinning reason behind the over-cooperative attribute towards Benet’s new creation.

Filecoin is a Decentralised Storage Network (DSN) facilitating storage and retrieval of data. So then, how is it different from SAI or other DSN?

Like its competitors, Filecoin has its own blockchain, but instead of data, its blockchain holds the transactions and records data storage, retrieval, replication, etc. on its network. Data is broken and distributed on multiple nodes and is assembled and retrieved on request, very similar to the concept of downloading torrents.

The vision of Filecoin directly corresponds to create a new generation decentralized Internet that isn’t controlled by the ones in power or the ones with a bigger wallet.

Why Filecoin had to Upgrade its Economic model?

Barely a couple of days into the celebration week of the mainnet’s launch, miners’ dissatisfaction with the crypto economy’s incentive model started flooding in the news. Given the situation, the main concern of the miners was justified in terms of profit-making, given the already locked up collateral along with the 100% block rewards vested linearly in 180 days.

A revert to which the visionary CEO of protocol labs Juan Benet initially refuted the allegations against the economic model taking it on Twitter “I was asked about a supposed “Miner Strike” — This is nonsense. There is no strike. Miners are proving their storage just fine. There’s been no power loss out of the ordinary in the network. Miners are following the protocol, and making a TON of money doing so.”

Miner’s hesitations stemmed from observing a decrease in the growth of the Filecoin network’s mining power due to the lack of miner’s incentive release in the previous economic model. Filecoin network rewards the miners 10 FIL for a block which is vested linearly in 180 days time period. The lack of currency puts the miners in a puddle leaving them with only two options to further be part of the network – either stake the vested reward or buy FIL on another marketplace.

Despite the pride in Benet’s statement, the proposal for switching fip-0003 to fip-0004 to improve storage miner’s liquidity was verified and the upgrade was soon available to all miners. The verified model will now make 25% of the miner’s rewards available immediately and 75% vested progressively for 180 days.

The upgraded solution may have settled well for the miners but could it potentially risk the network’s native currency?

Filecoin’s network design requires the miners to initially pledge FIL as collateral, which allows them to store data in Filecoin’s network. However, the newly upgraded economic model panning out for miners incentives might potentially harm the token value. Besides, many claimed that the FIL token was widely overvalued when it quickly surged to 60 USD within 24hrs of getting active.

Although, with the new upgrade, miners will receive 25% of block rewards for miners to pledge. The question however is inevitable, will the miners pledge the coins or simply trade them. The situation poses a high risk to the token value. With more FIL tokens released through miners incentive and if the demand remains the same, the trading value of the currency is headed for a fall.

Unfortunately, little can be said at this point since the hype has certainly not settled. At the time of writing, Filecoin seems to have managed to gain some of its momenta back with market cap hitting almost $8 million and token price close to $35. How much the increased circulating currency and network storage power will reflect on the token value, only time will tell.