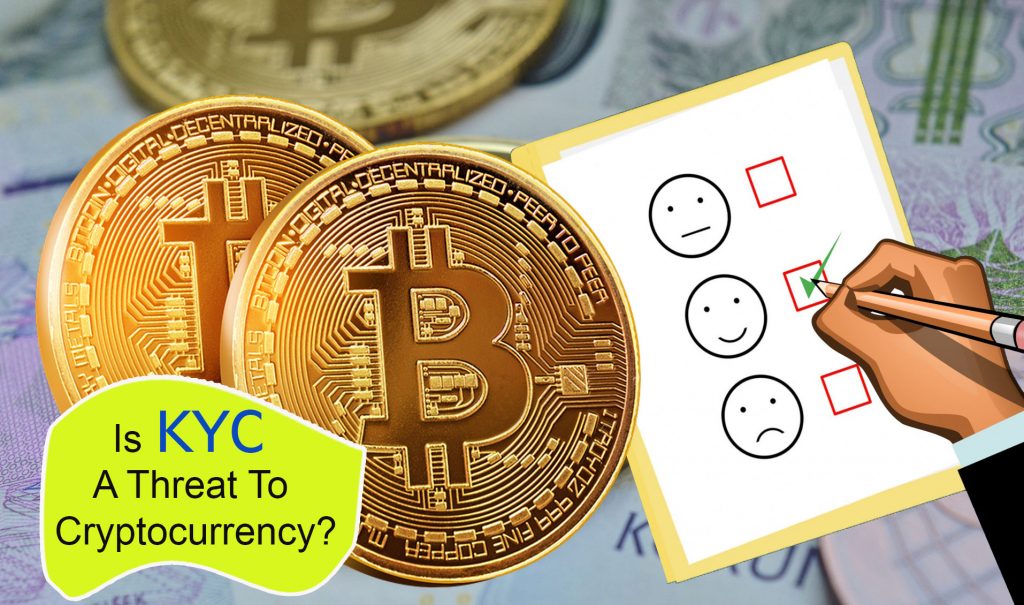 Is KYC A Threat To Cryptocurrency?

It would be very interesting to know about the updates by following live crypto news, but other than cryptocurrency, you must also be familiar with KYC. The term represents Know Your Customer. There has been a misconception about whether KYC is a threat to cryptocurrency or is it a myth that is wrongly spread. Well, let us tell you that it is indeed a myth, KYC has no enmity with cryptocurrency. Let’s not forget that when cryptocurrency was in its earlier stage, it was away from any regulatory laws. There were only some methods left to know about the trading practice, who has owned how many crypto coins and is cryptocurrency is really a worthy concept to put your trust upon.

While you may find it heedless in current time, but there are people who considered it as a revival of cryptocurrency. And there are those who say that anonymity and decentralization is a must element of the crypto industry, as it secures the privacy of the individual. But is it completely right? Those who had a wrong perception about KYC being a threat to cryptocurrency, then it is time to correct them as it is not a threat, but a serious need in the objective of cryptocurrency.

Yes, it is right, KYC is a friendlier term instead of a barrier to digital currency. Most of the users of cryptocurrency avoid KYC barriers. People who prefer trading digital tokens out of centralized exchanges don’t find the need to reveal their identity. KYC is all about the faith between a buyer and a seller. It helps in developing a cordial understanding with customers. Without this entity, it will become very difficult for the sellers to figure out about their clients. And by being in dark, they will become vulnerable to malicious activities.

Crypto users have a common misconception about the tug of war between KYC and decentralization. According to them, when measures of KYC is preferred, then there is no value of decentralization, which is not true at all. It is because tools of KYC are referred by centralized firms. In terms of cryptocurrency, they are much recommended by decentralized ecosystems. You need to know that monitoring of blockchain by someone is hardly a matter. The centralization of the ecosystem does not become possible by mere monitoring act. So in this way, it would be no wrong to say that KYC is not a threat to cryptocurrency. The decentralized and open blockchains are one of the reasons for the conduct of most blockchains on it. A noteworthy fact about the KYC is that it provides maturity to the cryptocurrency industry.

So now the misconception about the KYC as a threat to cryptocurrency is finally replaced with the correct fact. The tools of KYC are much used by the centralized industries. In terms of cryptocurrency also, KYC finds its best use in decentralized ecosystems. KYC acts as the bridge of trust between buyers and sellers. It helps in building good bonding with the customers. Without KYC, it will be impossible for the sellers to know about their clients. And by living in dark, they won’t be able to protect themselves from malicious activities. To know any updates about cryptocurrency with KYC, stay abreast of cryptocurrency regulation news.

READ  What Can You Buy With Cryptocurrency?