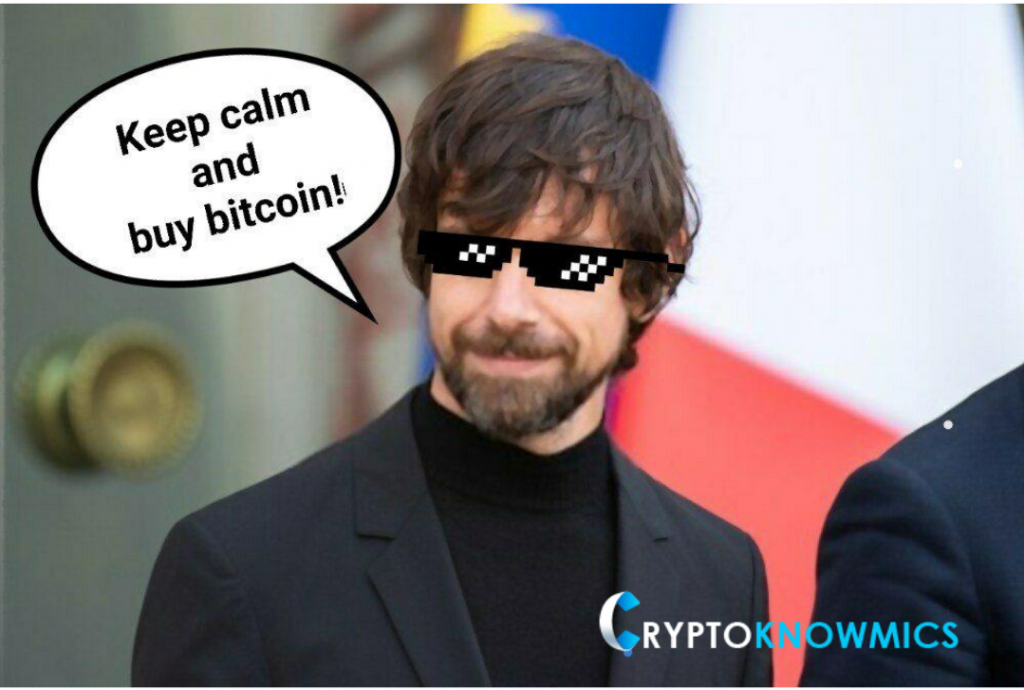 The U.S. payment company, Square, bought 4,709 Bitcoin at a price of USD 50 million. Which is equivalent to 1% of its balance sheet. The purchase was announced on October 8 and represents the second largest investment of this type so far this year. After the MicroStrategy business analysis platform announced an investment of USD 425 million in the purchase of 38,250 BTC.

In a statement, the company founded by Twitter CEO Jack Dorsey indicated that the purchase was completed on October 7, 2020. It was carried out through an OTC transaction. With a bitcoin liquidity provider that we currently use as part of the Cash App bitcoin trading product. A platform formed by Square to transfer money through a mobile application, which in 2018 integrated bitcoin payments.

“We believe that bitcoin has the potential to be a more ubiquitous currency in the future,” said Square’s CFO, Amrita Ahuja, through the company’s announcement. “As it grows in adoption, we intend to learn and participate in a disciplined manner”.

Square views bitcoin as an economic empowerment tool accessible to anyone. And provides a method for people to participate in a global money system.

Given the rapid evolution of cryptocurrency and unprecedented uncertainty from a macroeconomic and currency regime perspective. We believe now is the right time for us to expand our largely USD-denominated balance sheet. For make a meaningful investment in bitcoin.

—Square, Whitepaper of the bitcoin investment

The release describes that the trading was based on a public index and was executed using a weighted price over a 24-hour period to reduce cost and price volatility risks.

According to the company, the bitcoin purchase was made through an OTC broker to maintain the privacy of the transaction and the “slippage” of the price (i.e. to calculate the difference between the expected price and the realized price). About the possible provider who may have been involved in the transaction for 4,709 BTC, only a link is mentioned to a list that includes regular Square customers, including Circle, ItBit, Genesis, and others.

The custody of big investors

Square indicates that the custody of its bitcoin funds is kept in a cold or hardware purse, which uses software called Subzero. This software was developed by the company Square in open source to provide security to its Cash App platform.

They add that, although the investment is kept in a hardware wallet, Square has a crime insurance policy, which covers the theft of bitcoins in any type of wallet. This measure protects the company from internal or external criminal acts.

In August, Square reported a profit of almost $1 billion through the Cash App, with a 600% growth over 2019. Its profits from the sale of bitcoin in the previous quarter amounted to USD 17 million. Since October 5, Square has risen 2.3% in the NYSE market.

The payment company has also become involved in the bitcoin ecosystem through development funding since 2019, applauded by the bitcoin community.