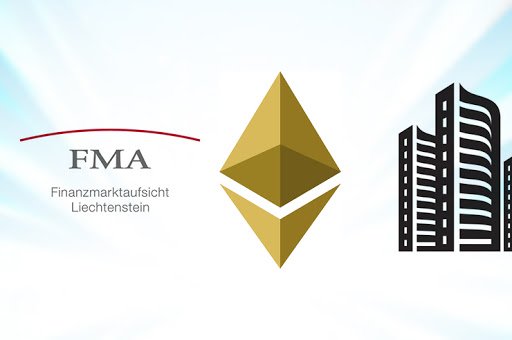 Liechtenstein’s Financial Market Authority (FMA) has recently accepted AARGOS Global Real Estate Fund as an alternative investment fund (AIF). The fund, through AARGO security tokens, would provide exposure to a worldwide real estate portfolio. It would be an ETH-based fund, and each token would signify a share in the fund.

Ahead Wealth Solutions has created this ETH-based fund. The company provides financial services based in Vaduz, the nation’s capital. The firm has also collaborated with a blockchain technology provider, Token Factory and Bank Frick.

In the week’s beginning, a blog was posted from Token Factory, which stated that the tokens had been created in such a way that only legally-compliant transactions could be executed.  This meant the investors who have completed the necessary KYC/AML forms would be able to keep these tokens.

Raphael Haldner, Bank Frick head of capital markets and fund, cited the fund’s tokenization would offer a greater degree of automation and efficiency in the process of transmission. The managing director of Token Factory, Bastiaan Don, stated that operating on a public blockchain have opened doors of numerous possibilities for the financial sector.

He added that a centralized authority would protect funds from manipulation, and making use of ERC-20 token standard would mean the company could immediately integrate with an increasingly decentralized finance (DeFi) ecosystem.

Don cited an example, saying that by lending applications,  people would get more liquidity from their tokenized assets. Permissioned or private blockchains could provide some benefits for a short period, but people would realize that they were missing out all excitement and applications created on public blockchains.

AIFs are financial vehicles regulated by the European Union that ask investors for funds and spend them to get good returns. Although Liechtenstein doesn’t come in the European Union, it could operate within the single market as it has compliance with bloc’s financial regulation.

Earlier, the Liechtenstein government stated it would neglect excessive regulations on the blockchain, and the FMA previously supported a plan to provide tokenized public offerings to retail investors. The support from the regulator could signify the AARGO Eth-based fund could now start onboarding assets and promote itself to investors.