Litecoin, the so-called copy of Bitcoin has performed considerably better than its copy, especially before Litecoin's halving. LTC underwent a halving before Bitcoin did and hence saw an increase in its price by 135%. 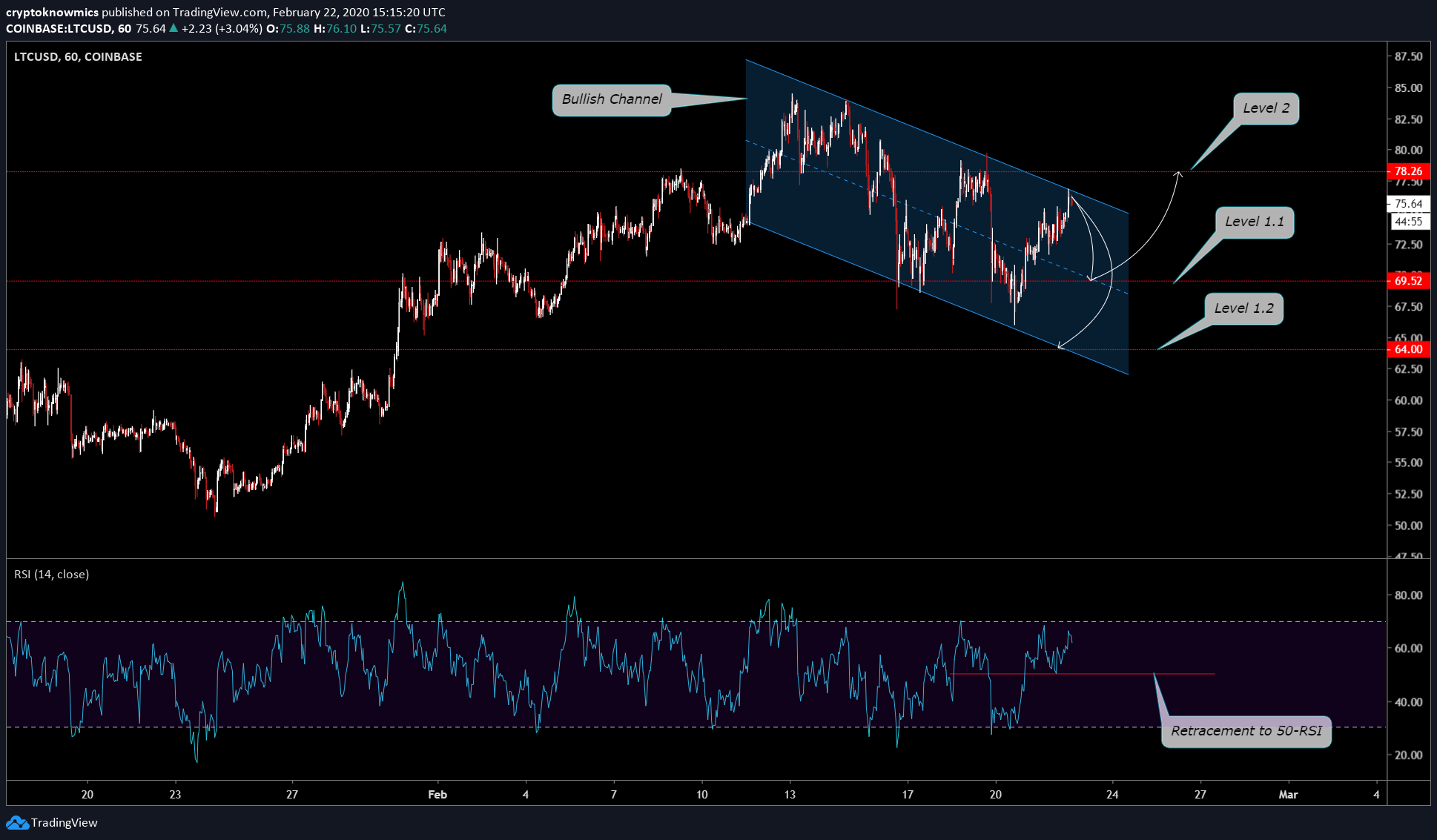 If the price finds support at this centerline, it will set it up for a bullish break to $78.26, possibly $80, which is also a 12% surge. However, if the bears push under the centerline at $69.52, this will cause the price to take refuge at the support - $64. The surge from here will face resistance at the centerline and finally reach the top of the parallel channel aka 22%.

Supporting this collapse to the centerline is the RSI indicator which will also reach 50 in the next few hours. As mentioned before, depending on the momentum, the price will surge or drop.

There is a 50-50 chance that the price will hit the centerline and surge to the upper band of the channel. However, if successful the price will breach in a bullish surge and hit the next level of resistance ranging from $83 to $85.