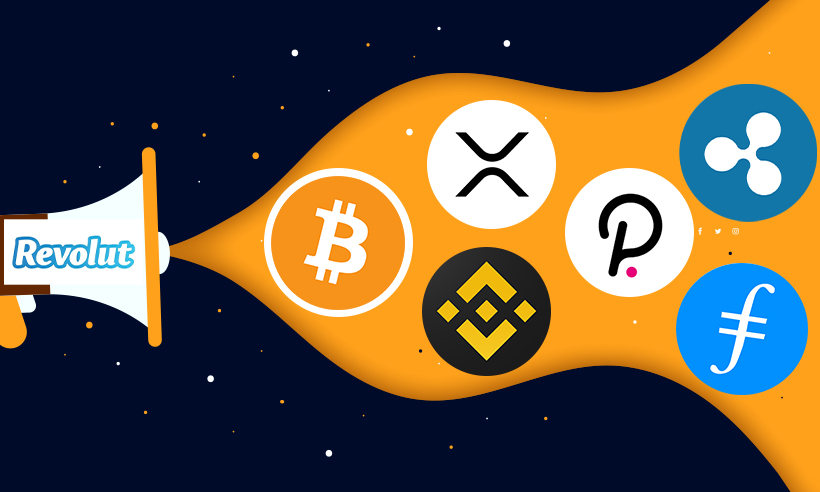 English Financial technology company Revolut has announced a piece of good news for all the crypto-lovers. A total of 11 new tokens are disclosed for trading, out of which some of them are relatively small in terms of market cap.

London-based challenger bank Revolut broadcasted that it will expand support for more cryptocurrencies in the space. The firm announced that 11 new tokens will be added to its exchange platform. The support will add Cardano, Uniswap, Synthetix, Yearn Finance, Uma, Bancor, Filecoin, Numeraire, Loopring, Orchid, and The Graph.

Revolut History of Love for Crypto

Starting in July 2017, Revolut started adding support to Bitcoin trading and continued expanding its offering to Ethereum and Litecoin.

Later in 2018, the tech firm announced support for Bitcoin Cash and XRP. It is worth noting that these are the cryptocurrencies that held high trading volume at that time. Later in late 2020, it added support for Tezos (XTZ), OMG, EOS, and the decentralized platform 0X.

Now in 2021, the company made a highly ambitious move by adding a considerable number of tokens in a single batch.

Markets Capitalization of the New Add-Ons

Analysts reading the market have had mixed reactions following the announcement. On one side the market seems to be slow while at the same time, one can have positive optimism for the value of tokens.

The bullish momentum of the first two digital currencies is also paying Revolut’s favor. Cardano was up nearly 8% for the week, settling at a high of $1.2 9, overtaking its previous record of $1.27. An evolution of Cardano from April 5 to April 11 can be clearly observed.