LTC Freed From 2-year Consolidation – For How Long?

The first half of January in the LTC market showed positive dynamics – growth by 45%. Buyers managed to break the global level of $145 and set a new local high of $185.5. However, the continuation of the active LTC price growth without a firm fixation above the mark of $145 is questionable. The weekly candle in the LTC market closed with a hint of opposition from sellers.

Breaking the global mark of $145 did not inspire investors to actively join the growth trend. Given the high trading volumes, last week’s candle closed unconvincingly. As a result, the new week began with an attempt by sellers to impose their game. The sharp correction of the BTC price forced the LTC market to submit and also to start the correction. The main blow by sellers of the LTC price happened after breaking the local trend line, which buyers firmly keep from 12 December: 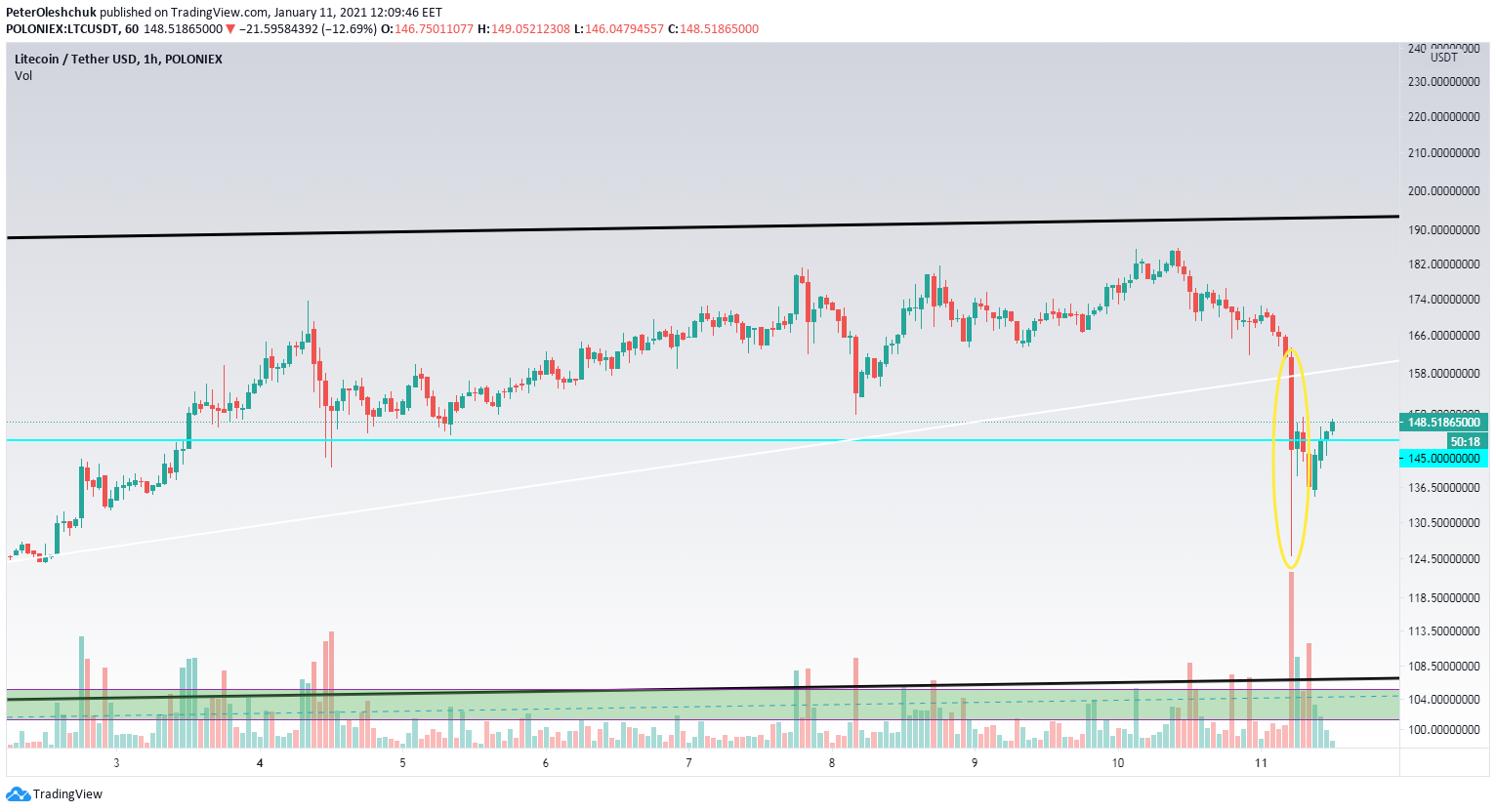 Given the fact that the main fall lasted an hour and in the process recorded abnormally high volumes – it seems that investors were “forced” to leave the long positions. Breaking the trend line, above which buyers have been accumulating their positions for a month, provoked the operation of stop orders.

Therefore, keeping the mark of $145 on the local time frame and closing the weekly candle above $160 will create a new chance for investors to continue growing. Though, the weakness of buyers at around $145 and the re-test of $123 will create an imbalance in the LTC market towards sellers. In this case, we will expect a deeper correction to the range of $100-$110.

Looking at the LTCBTC pair trading chart, it is clear that the consolidation in the 30% range continues: 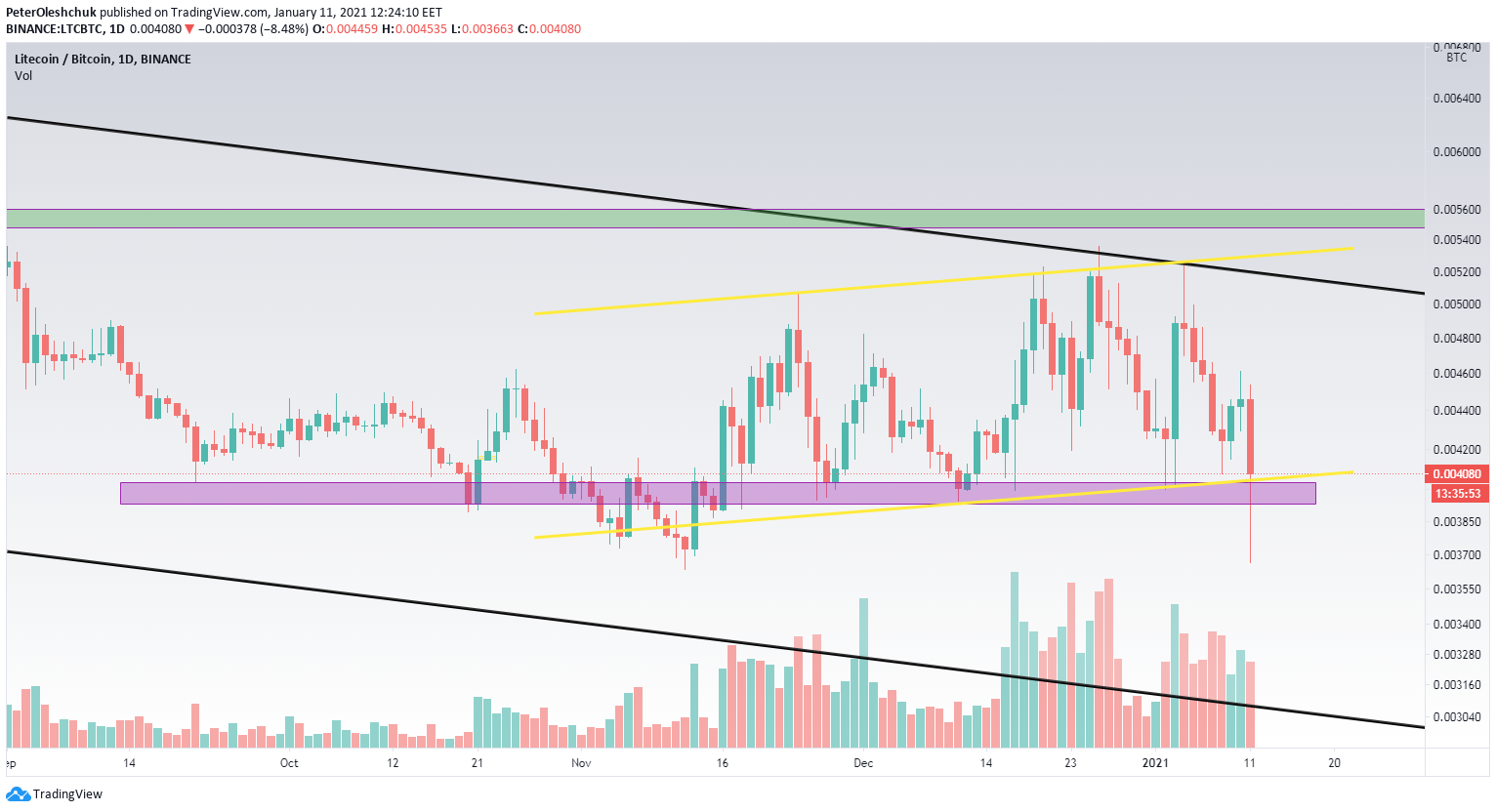 Buyers are now undergoing another strength test, keeping the lower limit of consolidation. While the LTCBTC pair price is in a global downward trend – the continuation of the rapid LTC price growth and the renewal of the historical high is difficult to imagine.