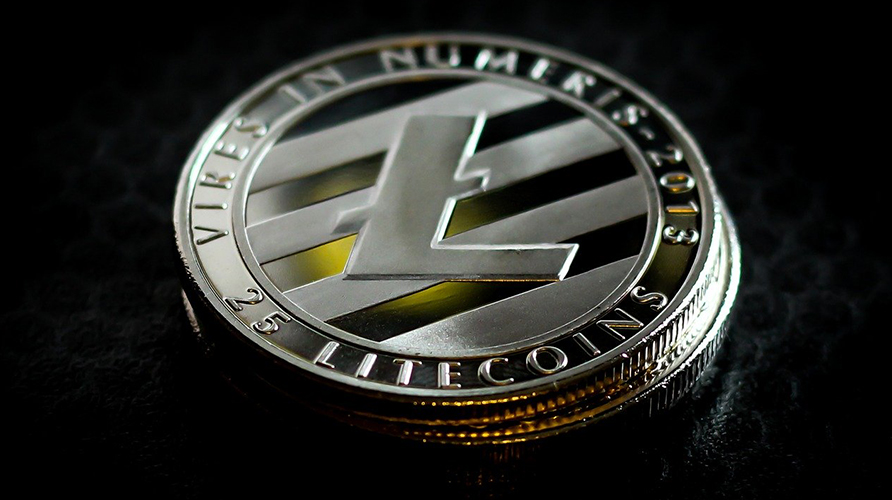 LTC Has Conquered a Critical Level

The week of a tense situation in the LTC market has come to an end. Buyers bravely withstood the blow on 11 January, as a result of which the price test the mark of $110. We wrote about this scenario in our previous article. The sharp correction of LTC on 22 January greatly frightened market participants, lowering the price by 34% in just 4 hours. This is clearly seen in the trading volumes, which were or are not the highest for the entire period of existence of Litecoin. Overall, the LTC market ranks 4th place among all crypto projects in daily trading with a result of $8,928,639,734. 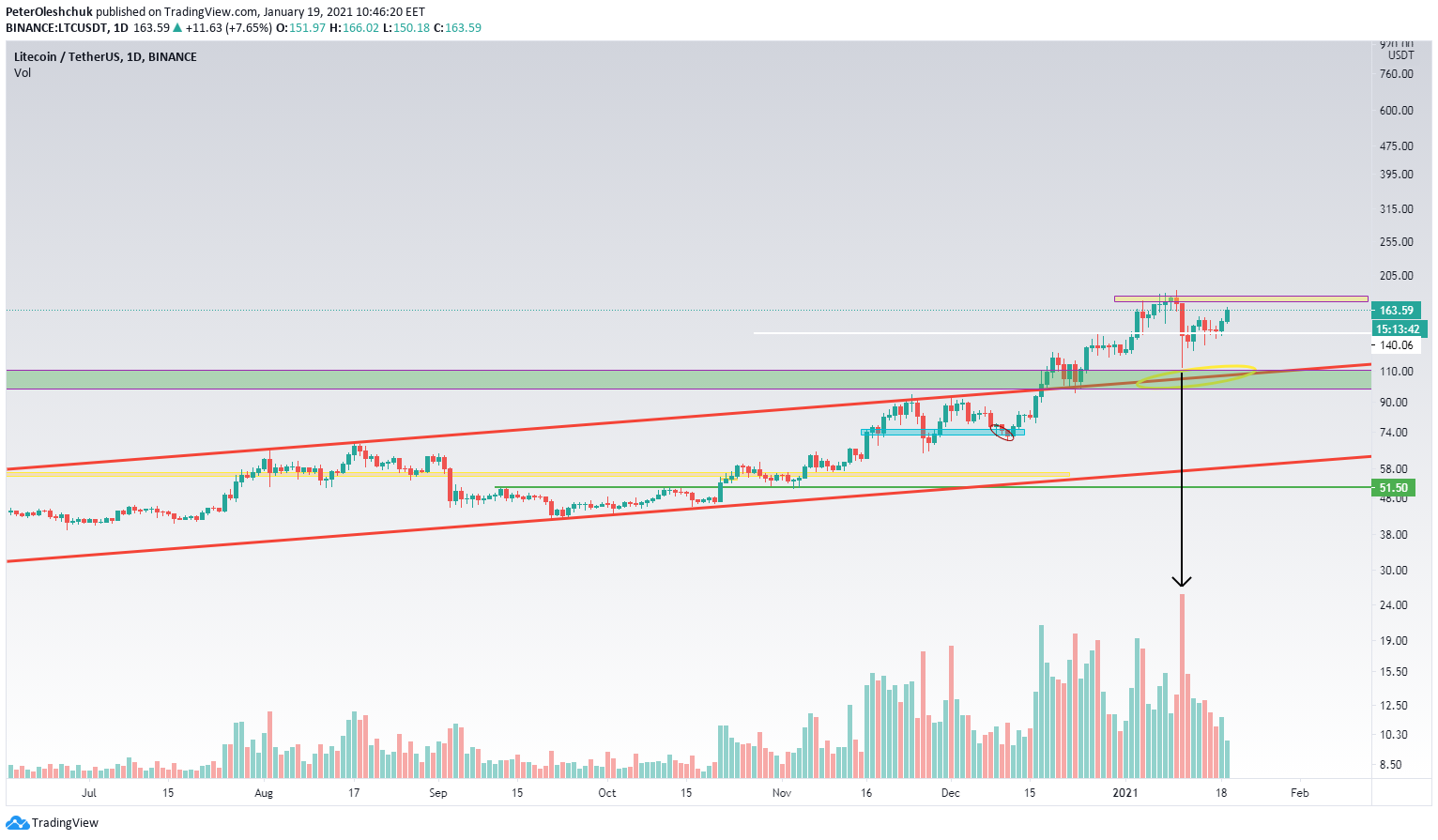 The level of $140 remained under the power of LTC buyers

However, the main fact that helped LTC get out of the local crisis is the return of the mark of $140 under buyers’ control. As you can see in the chart, sellers managed to lower the price several times below this mark. Though, in the daily timeframe, sellers were not able to take control of $140. After a successful counterattack by buyers on 13-14 January, sellers’ strength did not allow the downward trend to continue. Thus, the local initiative again passed into the hands of buyers.

To continue to grow with the first serious target of $235, buyers should take control of the range of $172-$180. As you can see in the chart, it is from this range that sellers managed to start a powerful correction. And before that, from 4 to 10 January, buyers, even with the help of high volumes, could not fix above the price range of $172-$180. Therefore, as long as the BTC price is in consolidation at historical highs in LTC, there is every chance to break this range up.

The LTCBTC pair shows signs of a new growth wave

The situation on the LTCBTC pair chart also positively changed: 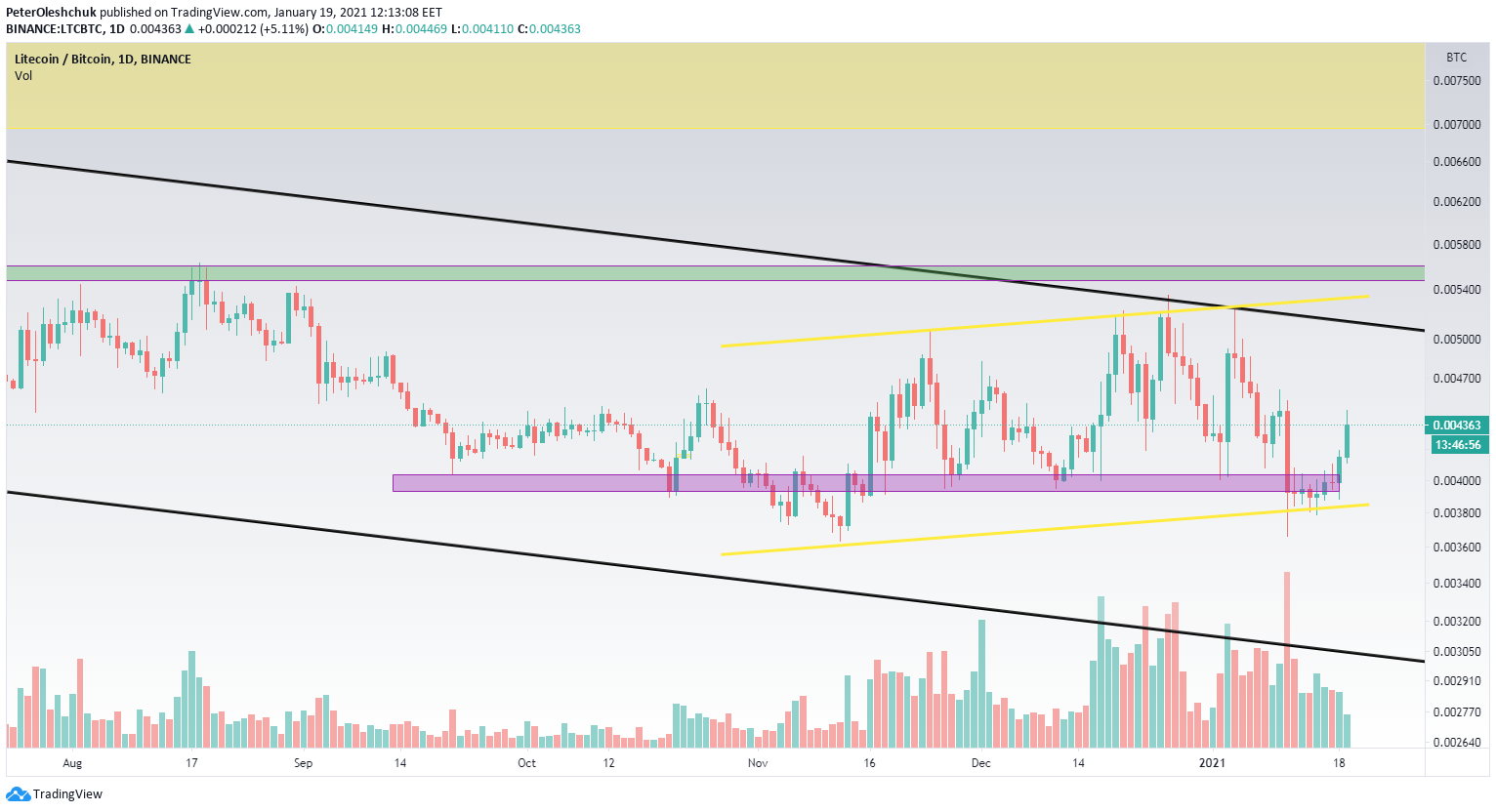 As you can see, buyers managed to stay within the yellow local channel and maintain control over the purple price zone. Based on it, a new powerful growth wave is emerging in the LTC market. And only Bitcoin can fall below the mark of $32,000. In this case, the LTC price will again fall in the range of $100-$110.