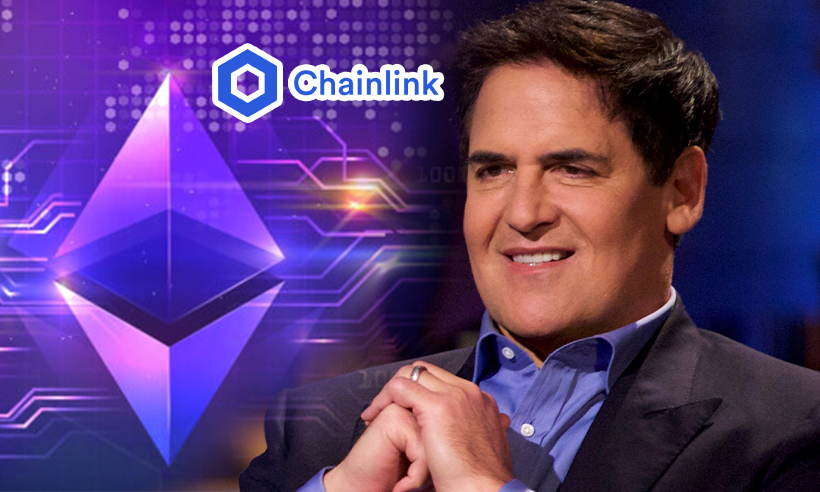 Dallas Mavericks owner, Mark Cuban is betting big on Ethereum’s future. The billionaire investor is joining Ethereum-based data project dClimate, a decentralized network for climate data, forecasts, and models based on the Ethereum blockchain and powered by the oracle network Chainlink

We are proud to welcome @mcuban to @dClimateNet as an investor and advisor. We believe his invaluable expertise will help build #dClimate into the premier platform for every business and entity that uses or builds with climate data. #Blockchain #DeFihttps://t.co/JFw9biv488

Cuban has been advocating for crypto investments and adoption in the last few years. The tech entrepreneur has shown a great deal of interest in Ethereum in particular. During an interview, Cuban discussed the blockchain’s potential to disrupt banking, healthcare, and software companies. He also claimed that Etherem has a “greater long term” value as compared to Bitcoin. Following that, he invested in an Ethereum scalability startup Polygon.

With his latest investment, Cuban is set to unleash Ethereum’s disruptive capabilities in a sector that ripe for a change: data.

dClimate connects businesses and entities in need of climate data with publishers who can fulfill their needs. The company uses blockchain to eliminate middlemen and ensures transparency with an in-built mechanism to score the data quality. It also employs Chainlink — an Ethereum-based project that delivers information in and out of a blockchain network — to fetch the climate data. Chainlink is designed to connect blockchains with data in the real world in a secure manner. Over the last year, Chainlink has benefitted immensely from hundreds of partnerships with crypto-related projects, resulting in a 1000% surge in the value of LINK, its native token.

Cuban’s Expertise is Invaluable to dClimate

According to dClimate co-founder Sid Jha, Cuban’s understanding of blockchain and smart contracts could evolve and add transparency to the climate data industry. Furthermore, he stated, “His insights and expertise will be an invaluable asset to the dClimate team as we build a platform that can be leveraged by the many stakeholders who need reliable and secure weather data to build climate resilience.”

Apart from Ethereum, Cuban has also expressed an interest in Dogecoin, a meme-currency that has a market cap of over $40.7 billion. His professional basketball team, Dallas Mavericks is also supportive of the crypto revolution and started accepting Bitcoin for payments two years ago.