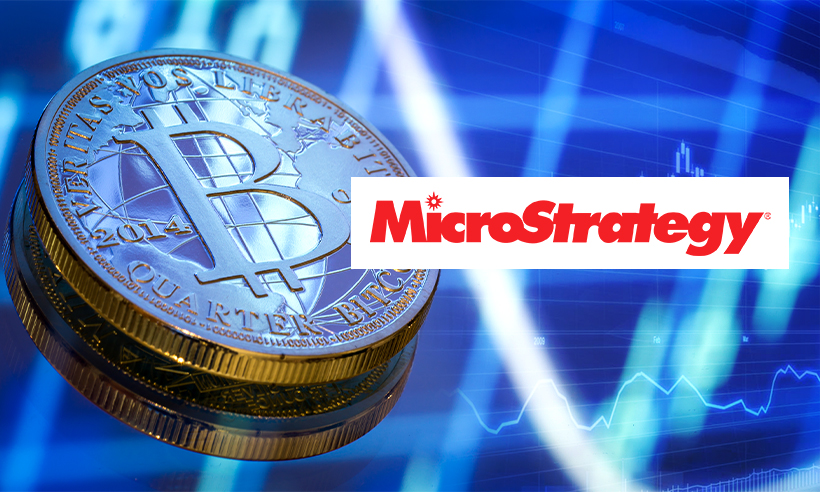 Tech giant MicroStrategy stocks (MSTR) spike over $5.4 million worth in cryptocurrency after it announced another Bitcoin investment today.  This isn’t the first time the crypto whale has decided to pump in such a huge amount of wealth into cryptocurrency investment.

The cloud software company said it had pumped $15 million worth of cash into the digital asset, buying an extra 253 Bitcoins. Following the announcement, MicroStrategy’s stock (MSTR) also pumped and is today up 3.33%, according to the statistics.

The global financial services firm BTIG made a statement last week that tech giant MicroStrategy was worth investing in due to its bullish behavior in crypto. From the eye of analysts at BTIG, Bitcoin’s price could hit $95,000 by 2022.

The BTIG analyst says, “[W]e believe who invests in the stock should do so understanding that their investment is highly correlated with the price of Bitcoin.”

MicroStrategy CEO Michael Saylor mentioned the numbers the company holds in BTC. The firm has 91,579 Bitcoins bought for $2.226 billion at an average price of $24,311 per Bitcoin calculating the company’s investment up to 144%.

Saylor has consistently sung Bitcoin’s praises and described it as a “haven asset,” likening it to “digital gold.” he said;

Saylor argues that cash is always subject to depreciation so the holdings of the company should switch to an alternative asset with high returns. Bitcoin, which is up more than 41,000% since 2013, is that asset, the CEO believes.

It is seen that MicroStrategy helped kick-start Bitcoin’s price surge last year by investing $250 m in the currency. Saylor at the time claimed Bitcoin was “a dependable store of value and an attractive investment asset with more long-term appreciation potential than holding cash.”