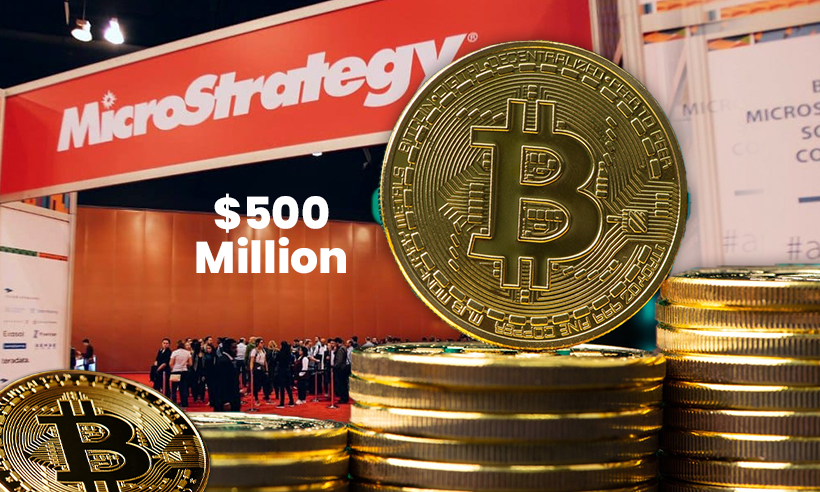 MicroStrategy to Acquire More Bitcoin with $500 Million Raised in Debt

MicroStrategy has raised $500 million from its private offering of senior secured notes due in 2028. The business intelligence firm had initially announced a $400 million debt-for-Bitcoin offering, which it later boosted by another $100 million. The company intends to utilize the proceeds generated from the sale towards the further acquisition of Bitcoin.

The latest bond sale is estimated to yield $488 million for MicroStrategy. Presently, the company holds 92,079 BTC bought for an average of $24,450 per token. Over the years, the firm’s holdings have multiplied to twice their original purchase value and are currently worth $4.15 billion.

The firm has been making the most of the steep decline in BTC prices by doubling down on its accumulation efforts. Helmed by longstanding Bitcoin advocate, Michael J. Saylor, the 32-year-old company has made Bitcoin acquisition its second mandate.

MicroStrategy is no stranger to fundraising for the sake of expanding its Bitcoin stockpile. In February, the company raised $1.05 billion and used the amount in the same month to add more BTC to its portfolio.

With its latest offering, MicroStrategy opened the sale of its secured notes to investors in the US and abroad. The notes bore an annual interest rate of 6.125%. The company reported that it received more than $1.6 billion worth of orders during the sale. A large number of hedge fund managers were also said to have participated in the process.

Michael Saylor is Bullish on Bitcoin Despite Predicted Loss in Revenue

Earlier this month, MicroStrategy disclosed in a regulatory filing that it was expecting to lose $285 million in the ongoing quarter. The company cited market fluctuations as the primary reason for the loss. Before long, it announced that it was looking to raise additional funds in debt to purchase more Bitcoin.

MicroStrategy’s stock has been trading negatively since February. The company has maintained strong support for its BTC investments despite growing concerns over the asset’s volatility. Saylor asserts that MicroStrategy’s investment  “reaffirms [the firm’s] belief that bitcoin, as the world’s most widely adopted cryptocurrency, can serve as a dependable store of value.”