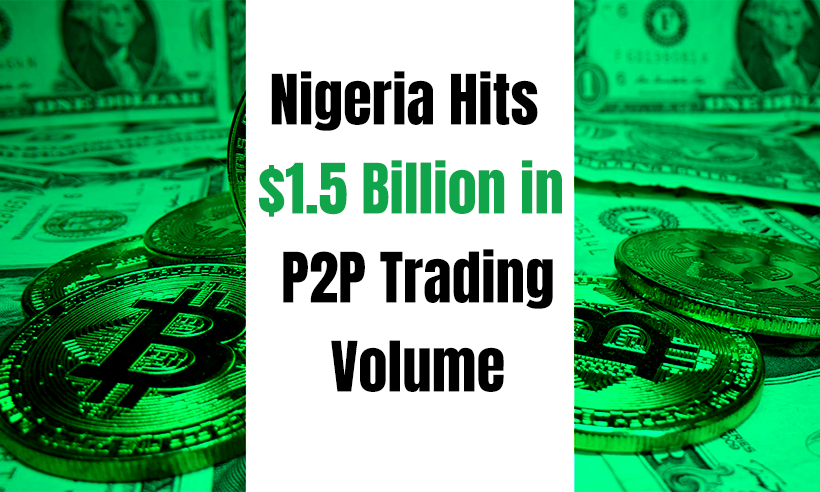 Even after the odd stance of the Nigeria central bank on digital currencies, the crypto market remains bullish in the country. According to statistics, Nigerians have traded $1.5 billion on Paxful.

Nigeria has unarguably shown the largest crypto adoption in the crypto-market of Africa. The technology has facilitated millions of the country’s young citizens, to overcome their financial problems via investing in digital assets.

And according to data published by UsefulTulips, Nigerians conducting trades despite the ban hit a remarkable trading volume of $1.5 billion with over 1.5 million users on Paxful. Nigerians are using Paxful traded over $6.3 million in the last 7 days and over $77.4 million in the last 90 days.

However, the recent ban placed on banks by the Central Bank of Nigeria, CBN prevents investors from servicing crypto entities. For sure the move had threatened investors and resulted in reducing the size of this market.

According to the company’s CEO and co-founder, Ray Youssef,

“The traditional financial system can no longer meet up the needs of a large percentage of the world’s population. With cryptocurrencies, we see an alternative, a way to rest the financial system based on equality. Our mission at Paxful is to give everyone equal access to finance no matter who they are or where they are so they can control their own money and build the future they want with financial freedom.” “With millions of people venturing into the crypto space in search of alternate stores of value, adoption levels have increased. But, this is just the beginning,” he added.

For clarity, the central bank said “It is okay with cryptocurrencies and is not discouraging people from trading them. The prohibition is only applicable to banks and financial institutions.”