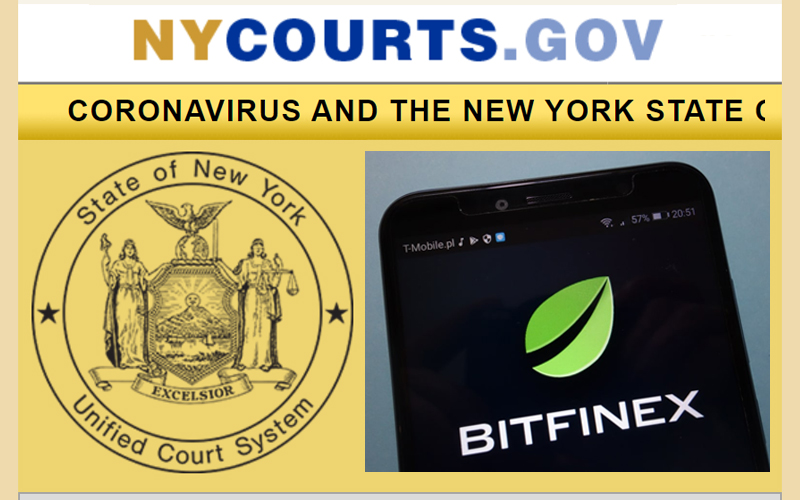 The New York, NY Court has rejected the appeal made by Bitfinex and Tether for their ongoing dispute. Both the firms have been in dispute for over $850 million in lost funds with the NY Attorney General. The supreme court found out that both these firms will have to face the claims which have been brought by Attorney General Letitia James. As per the claims made by him, Bitfinex and other companies which were associated with it have hidden more than $850 million in funds.

NY Court rejected the claims made by the firm

Bitfinex has specified that it has deposited its funds with Crypto Capital which has been accused of providing shadow banking services. The firm is currently working on recovering their lost funds. Meanwhile, the NY Court has rejected the claims made by the firm that it does not come under the jurisdiction of this court. However, the court has claimed that some of the staff of the firm have been working in New York. Hence, it comes under the jurisdiction of the NY Supreme Court. Attorney General James has said that the court is doing a proper investigation in order to protect the citizens of NY.

Attorney General James has said that he is completely pleased with the decision made by the NY Court. He further said that the court will be doing anything possible to protect the investors in the marketplace against any fraud. It has been seen that this news is coming when Tether is getting quite influential in the crypto market. It is currently holding more than $10 billion of market capitalization. As per the data released by CoinMarketCap, Tether has become the single-most traded crypto asset. This is because it is currently representing 35% of the daily crypto volume.