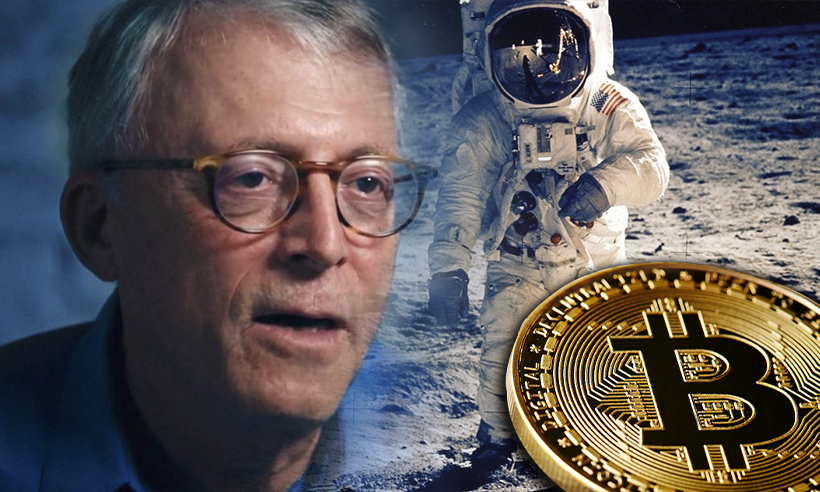 Veteran trader and Factor LLC CEO, Peter Brandt reckons that Bitcoin will not surge to higher prices unless bulls take out crucial resistance levels. The flagship cryptocurrency has been stuck in the $30,000-$40,000 range for more than three weeks and Brandt points out that this is indicative of bulls not being in control of the market.

While referring to Bitcoin’s ongoing fluctuations, Peter Brandt noted on Twitter, “For now, the price has been unable to get off the mat. 23 straight days in the lower half of the trading range. No ‘moonshot’ until it can get off its knees.”

The seasoned trader suggests that Bitcoin faces two key resistance areas above $35,000 and $40,000. He has previously stressed that bulls will have to work hard to keep Bitcoin from declining below $29,000.

The 5-week rectangle continues to form. The daily chart is decidedly negative. The burden of proof is on the bulls unless they can keep $BTC above $29,000. pic.twitter.com/xFVS7S0V7i

Brandt also adds that the bearish head and shoulders pattern reflected by the price charts two months back has already met its goal as Bitcoin plunged by roughly 30% after coming out of the formation’s neckline. “The H and S top in BTC completed in mid-May met its objective,” he said.

Meanwhile, Bitcoin continues to struggle below $35K and was changing hands at $32,747 as of press time. The largest cryptocurrency has been hit by a barrage of bad news this year, but with the tightening of the Bollinger Bands indicator, experts are hopeful it could see a price explosion in the future.

Brandt Points to Head and Shoulders Pattern in Dogecoin

Brandt is also keeping watchful eye on Dogecoin prices, which he believes are also showing a head and shoulders pattern with neckline support at $0.20.

Although the formation is a signal of bearish price activity, Brandt indicates that it cannot be considered until it has formed completely. And even then it can lead to three scenarios: fail by moving in another direction, morph entirely or fulfill its objectives.

Must be pointed out always that a pattern is not a pattern until it is completed. Then at that point a completed pattern can do several things:
1. Fail – real move in other direction
2. Morph and wear everyone out
3. Fulfill its implications

The dog-themed currency has been trading in the red in the past few days and at the time of writing, it was changing hands at $0.20.