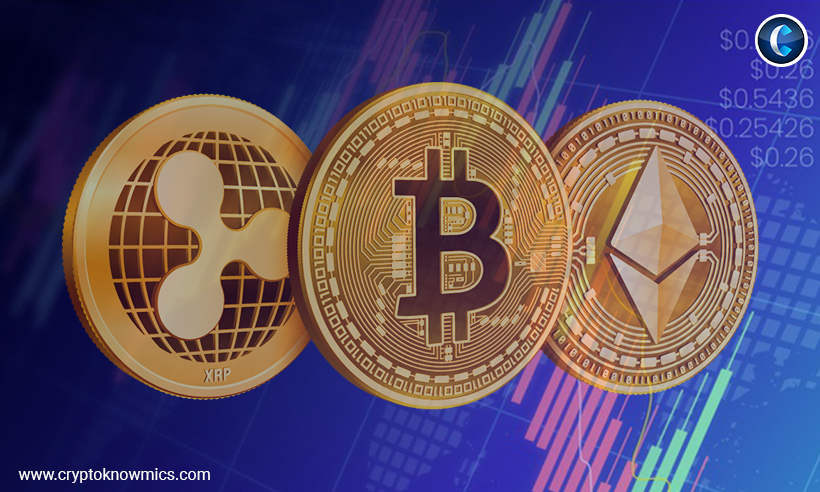 Price Forecasts for The Best 3 Digital Currencies in the Market – Bitcoin, Ethereum, Ripple

Last weekend witnessed a mixed price scenario on the charts for the digital currencies. The prominent trends were the price rise of Ether in the direction of $1,500. The BTC was also seen maintaining its price levels beyond the $30,000 mark, consistently. Other than these major virtual currencies, there was also a rapid surge in the prices of altcoins seen in the market.

Analysts indicate that the increase in the values of altcoins could signify a trending season for these altcoins which are due to the improved prices of tokens independent of BTC. Many experts and strategists are now coming to an opinion that bitcoin might not regain the high it reached earlier this year, which surged its prices beyond the $40,000 mark. Visit Bitcoin Future to learn more about price trends of BTC, and ways to effectively manage and trade your Bitcoins online.

As we write this article, the current price per coin of bitcoin in terms of USD stands at $33,980.90. at the time of writing. According to the 50 Simple Moving Average, the prices are expected to go downwards. Also, another thing which limits the upwards trend is the hypotenuse of the descending pattern of the triangle. For those who do not understand this term, a descending triangle in the technical analysis is basically a down sloping pattern. This pattern is created by linking the trend lines which link several points of highs and lows. This technical analysis pattern is helpful for traders and investors who want to analyze the trends in prices and forecasts in order to make a well-informed decision.

In general, the 200 Simple Moving Average maintains the price levels of BTC at a certain point. However, the triangle support will be at risk if the BTC prices cut through it. It is also estimated that if the price action falls below the x-axis, this may even cause losses in the direction of $22,000, as demonstrated by the target of the triangle breakdown.

It should however be noted that BTC will continue on the track of the long term upwards trend if the value of BTC ends at the end of the day beyond the 50 Simple Moving Average. A break beyond the hypotenuse might conclude in an increase to the levels to about $42,000.

The price action of Ether has been one of the most impressive, as the market witnessed it rapidly rising to a new all-time high of up to $1,500. This massive uptrend in the price action was right after the bearish price trend seen in Ether last week, which caused it to fall even till $1,000. This drop was rapidly recovered within a few days, over the last weekend, as Ether was seen surpassing the 100 and 50 Simple Moving Averages.

The market has seen Ether reach a new record high at $1,482. However, Ether has moved back to test the market in a short span to $1,400. In between this buyer’s ruzzsh, the forerunner smart contract token is trading at $1,482 to guard the support at $1,400. The market experts and analysts have indicated that if the ETH price breaks through the $1,500 level, Ether might even rise to a new record level of up to $2,000.

It is, however, likely that the trading occurring below $1,400 will most probably prompt an increasing number of sell orders, which will collectively cause a downwards pressure on the ETH prices in the direction of $1,300 or further down. The losses down till $1,100 might still be averted by the 50 and 100 Simple Moving Averages.

The 50 Simple Moving Average covers the movement of the cross border digital currency’s movement. At the same time, the Relative Strength Index is seen to be reaching up to the midline, henceforth increasing the reliability to the sideways action.

It should be noted that if the market does not succeed in closing the day beyond the 200 Simple Moving Average or the Bollinger Band middle boundary, this would most likely trigger increased sell orders for the digital currency. This consequence, coupled with other indirect actions might cause bearish trends leaving the price levels of XRP to fall down till almost $0.25.