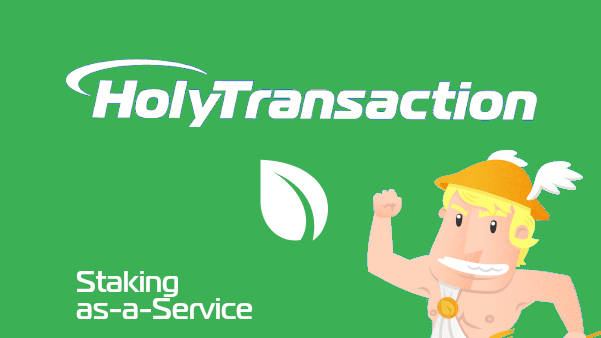 Conventional Proof-of-Work approach like the one used by cryptocurrencies such as Bitcoin is heavily criticized for its energy-intensive approach. It is one of the reasons why many cryptocurrency projects are looking at alternatives. Proof-of-Stake approach is often touted as the best line of action to develop a sustainable blockchain ecosystem or cryptocurrency for the future. Instead of dedicating lumbering computing resources for confirming transactions, it instead relies on a staking procedure to help distribute newly created coins.

HolyTransaction, a cryptocurrency wallet like no other is now offering staking support for Peercoin users around the world. Peercoin is working to deliver a universal, sustainable cryptocurrency for the future.

Rather than just appearing out of nowhere as yet another altcoin, Peercoin was originally started way back in 2012 when opposition to Proof-of-Work wasn’t even a real thing. Yet, the founders of the cryptocurrency realized that this approach was flawed and thus started the Proof-of-Stake mining approach. Initially, a hybrid system was put in place that used both aspects of Proof-of-Work and Proof-of-Stake approaches.

Proof-of-stake essentially allows users to lock their funds in place for some time and earn rewards based on the time and amount of funds being locked for this purpose. HolyTransaction users can choose to withdraw their PPC at any moment if they want to stop staking. The Proof-of-Stake approach saves valuable energy from blockchain ecosystems and is therefore considered much more sustainable overall.

Role of Coin Holders in Peercoin

The coin holder’s role is very important within the Peercoin ecosystem. Since coin holders have invested time and money, they have complete control over the working of the system in a decentralized, consensus-based manner. Essentially, one can say that coin holders co-own the Peercoin blockchain and engage in protocol voting.

The network has a multi-layered approach in which a base transactable layer forms the basis of the network. Various other functionalities and interfaces can then be built on top of this rudimentary layer. This is part of an overall trust-less decentralized system that is being used by Peercoin for many years till date.

The Peercoin Features on HolyTransaction

HolyTransaction wallet offers users a free and easy to use wallet for Peercoin users. Users can take advantage of the following features on the wallet platform:

With HolyTransaction, the increasingly popular Peercoin network will get a viable outlet to act as a dedicated exchange. Now users will no longer need to get their funds out of the exchange to engage in the staking procedure. Visit the official website at holytransaction.com to learn more about staking Peercoin.