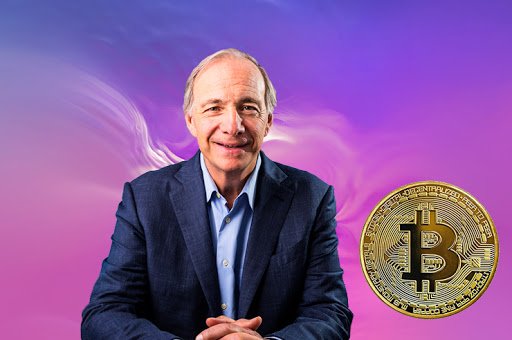 Ray Dalio Says Central Bank Will Continue to go For Gold, Not BTC

Ray Dalio, the founder of Bridgewater Associates, played down the influence of Bitcoin (BTC) at the World Economic Forum (WEF) in Davos, Switzerland, a hub of business tycoons from all over the world. The billionaire who’s in charge of the world’s largest hedge fund suggested that it’s gold to which the central bank will prefer to have in their reserves, rather than bitcoin.

the story behind the headline is always the better story

Gabor Gurbacs, Vaneck’s digital asset strategist Gabor Gurbacs opines that for now, Dalio could be correct, but the tables could turn in a few years.

“Dalio is right for now, but may not be right in a few years,” Gurbacs wrote on Twitter.

Dalio didn’t hold back in his scathing attack, calling the US dollar and the Federal Reserves by categorizing cash as “trash”. He also points out that Bitcoin’s high boundary of volatility would render it dysfunctional as a form of money. He further added:

“There’s two purposes of money, a medium of exchange and a store hold of wealth, and bitcoin is not effective in either of those cases now.”

Ray Dalio has never shied away from his bickering and criticism of Bitcoin for years. When BTC hit its zenith in 2017, he labelled it as a mere bubble in September 2017. Bearing that in mind, Ray Dalio could have prospered, had he invested in BTC last year, as his Flagship fund, Pure Alpha ll fell quite short of the mark and recorder a meagre 0.5 per cent gain.

Investors Banking On a Bit of Both, Unlike Ray Dalio

Ray Dalio and his amigo Peter Schiff, who happens to be a gold bug are reasonably assured that the bitcoin world is farcical and gold would continue to thrive. Statements like this continue to add fuel to the fire and turn the two sides vehemently against each other. However, a few popular investors believe that a blend of both could be a prosperous place for them to exist. Digital Galaxy CEO Mike Novogratz stated that he’s sold on both bitcoin and gold, in his robust response to Ray Dalio’s continued criticism of the financial system.