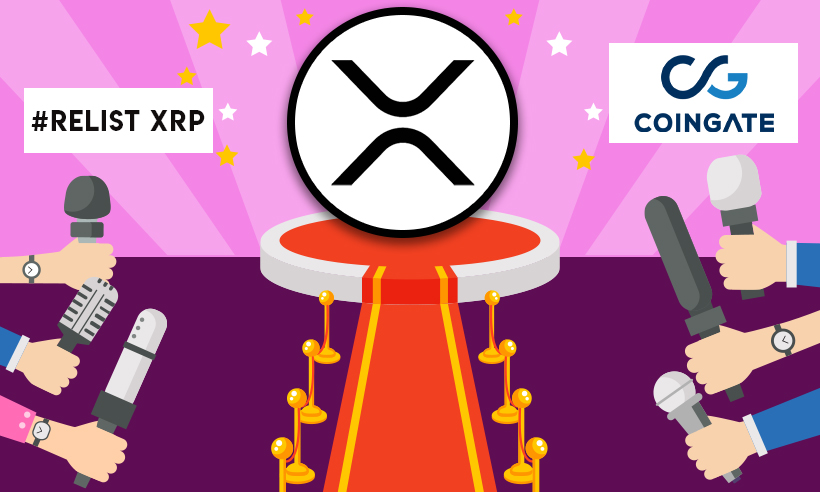 On 9th April, CoinGate, a Lithuania-based digital asset payments provider, announced relisting of the XRP token and using it as a means of payment.

Backtracking its decision to drop XRP, is mainly due to positive progress in the legal battle with the U.S. Securities and Exchange Commission.

U-turn in Decision by CoinGate as #RelistXRP Gains Momentum

Since the case is now turning in favor of  Ripple, the judges in the first court hearing mentioned that XRP has a  utility and that utility distinguished it [XRP] from Bitcoin and Ether.‘

In particular, the off-hand comment made by Magistrate Judge Sarah Netburn was corrected by Ripple’s own lawyer during one of the hearings. Clarifying that as the legal activity proceeds in the lawsuit between the two, they will further take actions accordingly.

#RelistXRP is gaining momentum as the token is rallying to an all-time high in the past three years. Apart from the contentious win, the fintech company pointed that the movement is a result of regained confidence.

The community is tirelessly clamoring for XRP’s return to U.S. exchanges since the token climbed an all-time-high.

Apart from the Swiss cryptocurrency exchange, which has decided to resume XRP trading after halting it in January.

In his Twitter statement, CEO Richard Olsen claims that the XRP token is capable of bridging the gap between blockchain and traditional finance, stating;

“We are thrilled to #RelistXRP – bridging the gap of traditional finance with the new world of blockchain is our mantra and #XRP is foundational to achieving this goal; it is a milestone that regulation allows us to relist, a big step forward.”

Coinbase, Kraken, and Binance.US have suspended the XRP trading in the U.S. due to the SEC crackdown. Kraken CEO Jesse Powell declared that XRP posed a “huge” risk to the crypto exchanges.