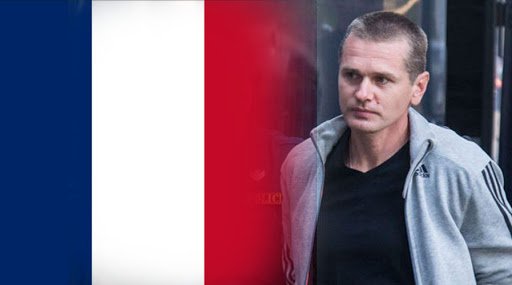 The Russian authorities are leaving no stone unturned in bringing the alleged fraudster,  Alexander Vinnik, who’s accused of laundering as much as $4 billion in bitcoin, back to his homeland. The Russian embassy is now seen pleading to France, where the accused currently is to let him out and put him under house arrest in his native country.

It is believed that there are growing concerns regarding the health of Alexander Vinnik, amidst the ongoing pandemic, according to the news report on April 15 by RT publication of Russia’s pro-government. In order to get the accused released from the Fresnes prison in France and to get him under house arrest in Russia, a diplomatic note was written to the French Ministry of Europe and Foreign Affairs by the Russian Embassy.

The initial plea to pay heed to Alexander Vinnik’s deteriorating health condition was made on March 30, however it was purportedly left unattended by the French authorities. The Russian Authorities are being outlandish in their approach and have even stated that they would provide him with a state-owned apartment for his house arrest.

The RT reports that these ongoing requests were revealed to the public when Meshkov,  the Russian Ambassador in Paris responded to  Maria Butina’s request, who’s a convicted Russian agent, and was released last year from a US prison.

The alleged lady has been in touch with Alexander Vinnik and his mother and stated that given the severe condition of Vinnik, it is important that the French authorities put humanity on top of everything else right now and save his life by sending him back to Russia and let him wait for his trial under house arrest, as he’s running the risk of a fatal outcome in case he continues to stay in the prison.

Even since the arrest of Alexander Vinnik in July 2017, the Russian authorities have been hell-bent on bringing him home under their jurisdiction and even knocked on the door of a United States High Commissioner for Human Rights to help their cause.