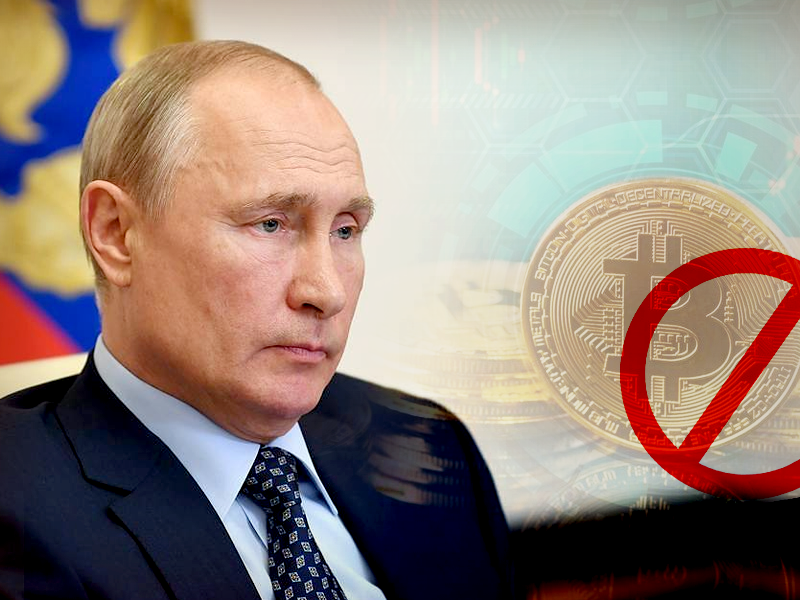 Crypto payments would not be accepted in Russia from the year 2021, according to a law signed by the President of the country Vladimir Putin.

However, the signed law reads that it would allow all the transactions with digital financial assets (DFA) in the country from the same year.

It is to be noted that although the Russian government will be banning cryptocurrency, it still uses blockchain technology.

Recently, the government has deployed the technology for the constitutional amendment of Russia.

DFA Transactions Will Be Allowed

On July 31, one of the local news outlets in Russia, RIA, published a report stating that the new law would ban the usage of cryptocurrencies for buying goods and services but on the other hand, it would allow DFA transactions in the country.

The news outlet further notified that any of the government officials or individuals, who could not have an overseas account, were not allowed to hold the cryptocurrencies.

While commenting on the new bill, the head of the State Duma Committee on the Financial Market, Anatoly Aksakov, has said, “The Russian government-defined crypto as means of savings, payments, and investment. This law effectively protects the primacy of the Rubble as the only legal tender in Russia.”

Cryptocurrencies Will Be Illegal In Russia

In May 2020, the Russian lawmakers proposed the bill claiming that trading cryptocurrencies in Russia are illegal. They further mentioned in their proposal that people, who would offend the law, will have to pay two million rubles to the authorities and also have to face imprisonment.

However, a few days later, it had been announced that State Duma was planning to remove the criminal implications from the bill.

According to the new law of the Russian Government, the companies in the country are now, not accept payment in the crypto but after getting approval from Bank of Russia, they are allowed to offer DFA.

Other commercial banks and companies of the country could also issue and trade DFAs, but that too after getting permission from the central bank of the country.