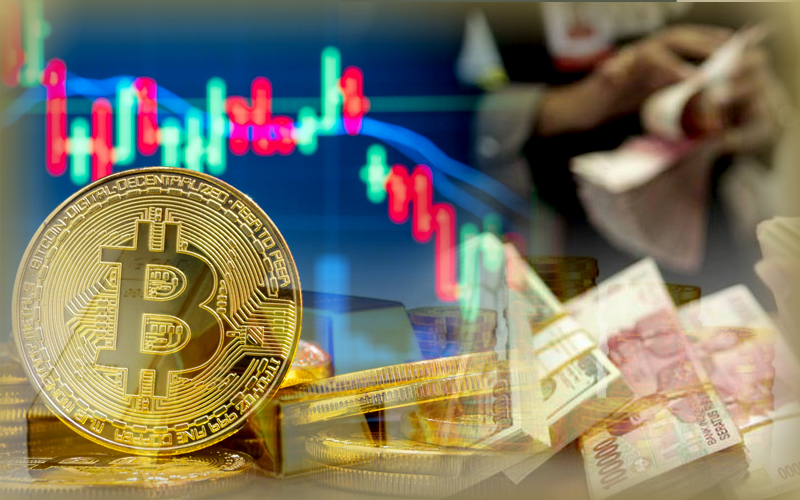 Although Bitcoin is a non-correlated asset, still, on May 21, the change in its price was notably similar to Gold, Bitcoin’s safe-haven rival.

While closing the day the price of the world’s largest cryptocurrency reached $9,018. It suffered a loss of 5.31 percent or could be said that its value came down by $536.

A few weeks ago, the price of Bitcoin topped near $10,000, after that, it started experiencing bearish flow and the recent fall is the most important of that flow.

On May 20, a rumour spread around the crypto space that recent movement of the 50 BTC has been transferred from an account which possibly belongs to Satoshi Nakamoto. Some of the traders were provoked with this news and decided to use the local highs for earning profit.

Recently, as the spot price of the Gold reached a seven-year high, it demonstrated the same kind of feature like Bitcoin. On May 21, during its closing, Gold falls by 2.25 from the local high of $1,765.30.

According to the researchers, the trade conflict between the US and China which has been rising regularly and the confusion regarding the full economic recovery are the reasons investors moving towards cash.

The recent price movement of the Bitcoin and Gold explains that they both were affected by the macroeconomic details.

After the mid-march crisis, while waiting for its bullish breakout, the benchmark cryptocurrency was struggling between $9,500 and 10,000. Similarly, Gold secured itself within the strict trading range.

Bitcoin always looks for its position in a broader range of asset allocation while correlating with anything. Currently, as the recession period hit the economy, Bitcoin emerged as a safe-haven for it.

Recently, a finance veteran, Peter Mallouk who is a president and also the chief investment officer at Creative Planning warned the investors of Bitcoin and Gold and claimed that for so long they have been making a wrong investment.

He also advised them to invest in some incredible companies as according to Mallock, they would not go anywhere.