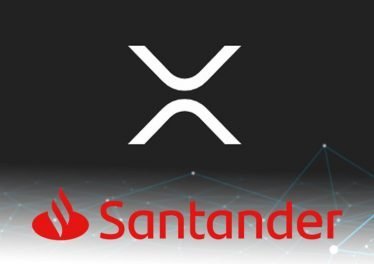 While many have asked when institutions will integrate crypto and blockchain, some already have adopted the technology. They make use of products from Ripple, the blockchain of Ethereum, and other decentralized ledger solutions; to ease their operations. One of these institutions is Banco Santander, a Spanish multinational commercial bank and financial services company. The bank is the 16th largest bank on the planet.

Spanish banking giant, Santander, has announced its utilization of Ripple’s remittances services for the Mexico-U.S corridor. The news dropped when Banco Santander SA Chairman, Ana Botin sat down with Bloomberg on November 20; in New York to talk about her firm’s plans and current business model. During the interview, the Santander executive spent a moment to talk up Ripple; specifically in the context of her firm being an innovation-centric institution. when asked by the anchor about how Santander has been working in fintech, Botin said:

‘We’re 100% in favor of innovation… We’ve partnered with Kabbage, Ripple, and many other American companies. What we’re doing is we want to take these companies and services when we don’t approve a loan, we can pass it on to Kabbage; Ripple is at the base of One Pay FX blockchain base [system.]’

Moreover, while speaking about innovation and new products to facilitate banking, Botin claimed that Santander had partnered with Ripple to facilitate cross-border payments.

‘You know we are launching one pay effect which is a Blockchain-based retail cross-border payment with Ripple, by the way, a U.S. company. That’s coming to the US. We’re going to do Open Bank…  and we created the North America region, Mexico-U.S. So we now running a lot of these businesses together. So you’ll see good results in the coming years.’

Furthermore, the Executive Chairman added that almost $35 to $36 billion is sent from the U.S. to Mexico. Thus, Santander is “relaunching a fast competitive remittances program”; that would bridge the gap between Santander branches to any bank within Mexico.

In conclusion, After Santander’s partnership with Ripple, there were rumors of it using XRP. However, the bank later put the rumours to rest by stating that the bank was using xCurrent, which does not use XRP for transactions.