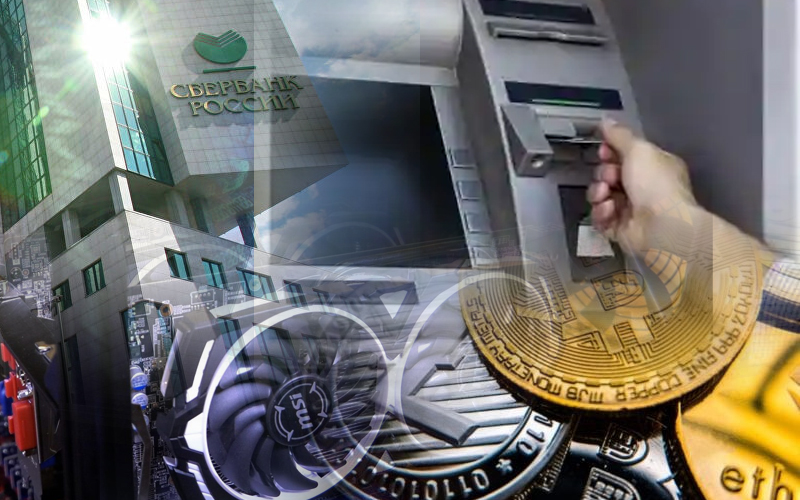 Sberbank, Russia’s biggest bank is spending millions of dollars to call for tenders. Recently it came out that the bank is spending more than $100 million and will be buying around 5,000 ATMs which are enabled by blockchain. It is calling the tenders for the same, these ATMs will have a built-in graphic card and will be capable of mining cryptocurrency.

Sberbank, which is the oldest bank of Russia holds around 44% of the entire personal deposits across the country. There are around 14,200 branches that this bank is operating currently across the country with around 77,000 ATMs.

One blockchain ATM by Sberbank to cost around $22,066

Along with this news, it has been revealed that the tender will cost around $100 million which means that each ATM will cost around $22,066 for a single ATM. It has also been revealed that most importantly, ATMs should have graphic cards. Earlier there have been numerous Bitcoin ATMs across the world but an ATM equipped with blockchain technology is something really interesting and unique. After this announcement, a lot of people have been thinking that what is the requirement of graphic cards that can conduct blockchain operations in an ATM. It has also been assumed that there might be a biometrics feature included in these ATMs. However, this has not been clarified by the bank yet.

Matvey Voytov, marketing head of Waves Enterprise has earlier said that blockchain technology can be easily used to record various ATM transactions of the users. He has also said that the use of graphic cards is majorly for crypto mining and nothing else. Plus there might not be any case of issuing central based digital currency by Sberbank. The major reason behind this step by the bank might be related to tender document and not anything else.