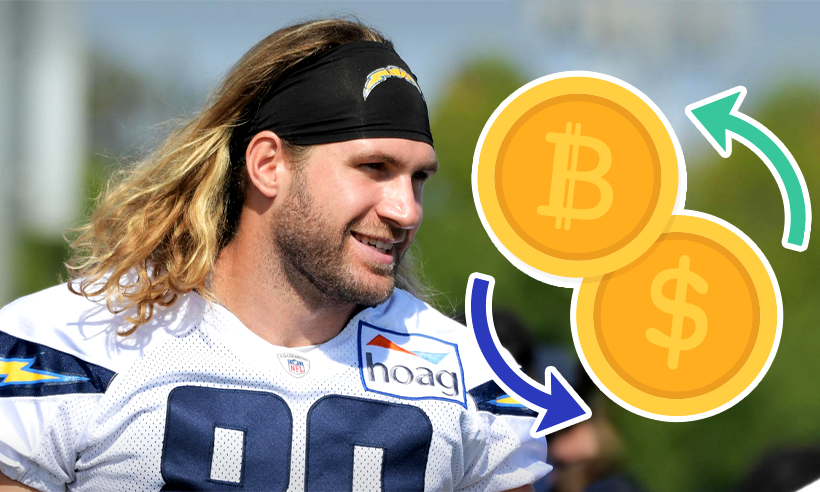 Kansas City Chiefs’ Sean Culkin has most recently become the first NFL player to convert his complete annual salary to Bitcoin. In the recent reports, it has been revealed that he has become the first National Football League (NFL) athlete whose entire salary will be paid in BTC.

Sean Culkin has recently made an announcement via Twitter, in which he claimed that he completely believes that Bitcoin represents the future of finance.

In addition to this, he released a statement that read:

“I fully believe Bitcoin is the future of finance and I wanted to prove that I have real skin in the game—not just trying to make a quick buck. I will be converting my entire 2021 NFL salary to Bitcoin.”

Russell Okung became the first NFL player to be paid in Bitcoin last December, however, his salary was $13 million due to which he was paid 50% of his salary in crypto and the rest in fiat currency.

Provided the commendable run in the year 2021, Okung has already benefitted handsomely from his pivot to plan B, encouraging other professional football players to follow his lead.

Sean Culkin will be receiving his $920,000 annual salary via crypto startup Zap twice a week. His contract remains denominated in dollars, which is the reason why it has to be converted to sats.

Culkin, who boasts a commendable background in the space of finance, has always been a strong advocate of Bitcoin as of late.

Bitcoin is of fixed supply designed to preserve your wealth over the long run with brevity.