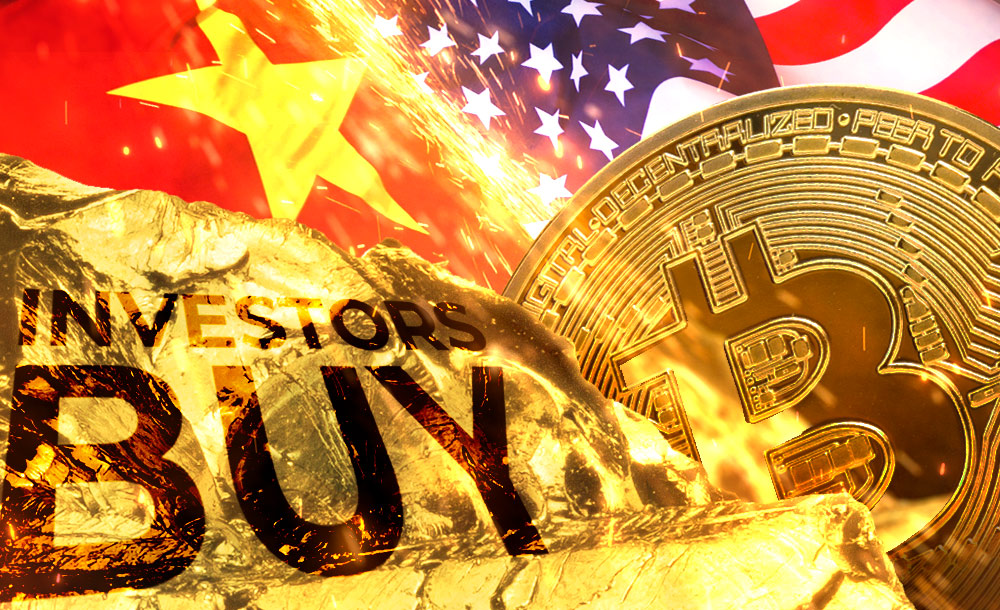 Though the crypto market continues to plunge alongside traditional markets, it remains the best hedge in a financial crisis according to KimDotcom. In a tweet, he has urged his over 700K followers to start buying crypto. The digital asset led by Bitcoin is arguably the best safe-haven asset. In recent weeks, this narrative has changed and now analysts say it is a risk asset.

Peter Schiff, long term Bitcoin critic/gold evangelist has been bashing Bitcoin for not rallying when the stock markets were falling.

Bitcoin was created after the 2008 financial crisis and hodlers always assumed that it would be the safe-haven of choice during the next. Looks like they assumed wrong. If #Bitcoin is not a currency, not a store of value, and not a safe haven, then what is it and why own it?

It is because of this that he thinks that fiat and stocks will flatten. The answer he thinks is crypto and gold, the two most prominent safe-haven assets.

His thought on this financial crisis is backed by Peter Schiff and CNBC host Jim Cramer. Cramer in a tweet says ‘we are on unchartered waters.’

Prepare for the worst economic crash since the Great Depression.

Sell stocks and fiat currencies while they still have some value.

Do it now. Trust me.

This is not a drill.

The Coronavirus epidemic has led to the financial crisis. Investors who are emotional, have been panicking and selling their holdings to improve their fiat positions.

Word Economies On Their Knees

With the epidemic, most investors want to hold cash to buy food supplies and masks in case of a further spread of the virus. Additionally, the slow down in businesses and industries means, the year will see valuations plummet.

World governments are trying to mitigate the effects on businesses. In the U.S, the FED a few weeks ago announced interest rate cuts and there are discussions of a fiscal stimulus package. The same fate is shared by Canada while Australia is said to be considering cash handouts much like Hong Kong. Italy, which has also been one of the worst affected countries is also going to use financial tools to boost the economy.

With the world’s largest economies taking a beating, the financial world is expected to fall on its knees. Cryptocurrencies are set to come out as safe havens as they prove they are the future with the old financial system failing.