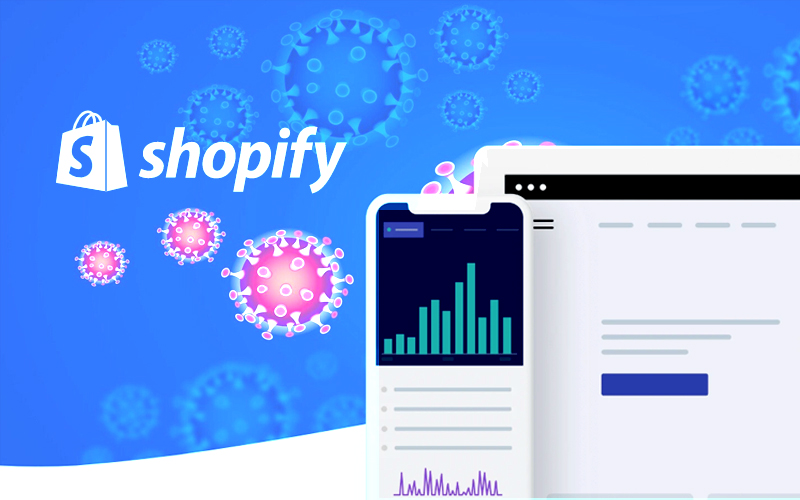 As the COVID-19 crisis shut the doors of every store, online shopping has gone off the roofs as people flock to online retail stores to order their daily needs. The crypto e-commerce platform Shopify, which is also a partner of Facebook’s Libra association hit its record shares on Friday.

As we help thousands of businesses to move online, our platform is now handling Black Friday level traffic every day!

It won’t be long before traffic has doubled or more.

Our merchants aren’t stopping, neither are we. We need 🧠to scale our platform.https://t.co/e2JeyjcEeC pic.twitter.com/6lqSrNUCte

The Canadian e-commerce platform hits its all-time high of $594 when the stock market shut down on Friday, a significant 12.15% rise in 24 hrs.  This week particularly experienced a steep hike as it moved from $417 to $594 from previous week’s closing.

The growth of daily traffic is getting compared to the biggest shopping day after Thanksgiving, the Black Friday. It is the grandest shopping day and according to Shopify’s Chief technical office, Lemieux, the e-commerce platform is recording similar numbers.

The migration to the social platform is in such high numbers that in order to keep the traffic running smoothly on the platform,  Shopify and its merchants have decided to stop their own shopping to avoid any collapse.  She also went on to add that it is extremely likely that the traffic would double up in the coming days.

The Canadian company claims to have sold over $155 billion till now and it provides businesses worldwide with the e-commerce tools that they need. Shopify accepts crypto payments from three hundred different coins and has Bitpay and Coinbase Commerce as its payment processors.

Shopify Could Be in For a Ride

It is pretty conspicuous that if the traffic on the platform grows exponentially, Shopify might come up with another record-breaking week soon. Shopify has decided to stick with Facebook’s Libra association for now, even after it lost some of the giants like Visa and Vodafone.  The Libra association this week came up with a revamped whitepaper, however, according to a US lawyer, it failed to address many of the concerns raised by them.