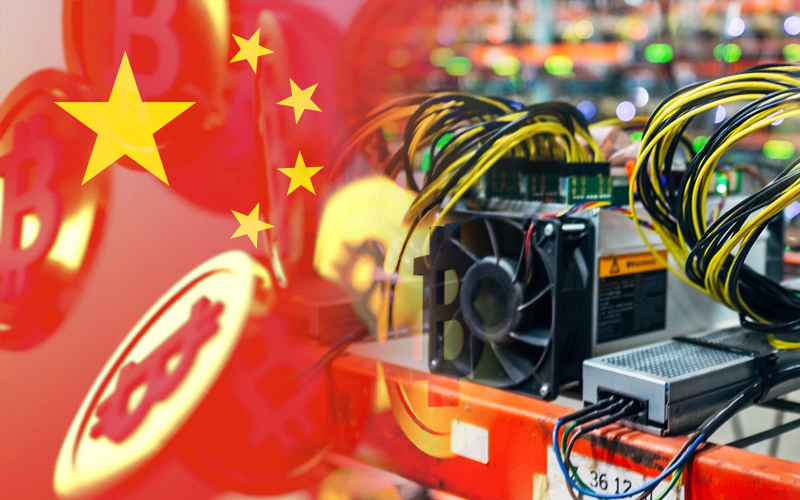 China has been the hub of bitcoin mining and produces almost 70% of it, given the cheap electricity in the country. Many measures have been taken by the government like subsidize electricity and supply for the bitcoin mining industry to thrive but in a bizarre turn of events, a prominent province, Sichuan, which contributes to almost 10% of total hash rate in the country has decided to impose measures to curb their growth.

The Financial Administrative of the #Sichuan providence of #China has issued a notice to its subordinate offices ordering them to “guide mining entities to end their mining activities in an orderly manner”. The province accounts for about 9.66% of the global #mining power. pic.twitter.com/mVtihdf9px

The local government of the region has issued a clear ban warning to the mining operations carried out in the regions. They’ve asked the officers to ensure that all hydroelectric power plants are informed that they no longer can come up with new mining projects and also they can’t invest in the existing ones too.

Provided they fail, an investigation against the involved hydroelectric power plant would be carried out on grounds of illegal activity in the country and fines, payments, even demolitions could be on the cards as the investigation takes shape. It is still unclear whether the same would apply to bitcoin mining farms too or this is just restricted to the power plants yet.

Notice Against Bitcoin Mining at This time, Bizarre

The rainy season in the area is on the precipice and this is the most profitable period for the mining industry given increase production and cheap supply. The timings couldn’t have been worse but few believe that the subsidies would be snatched away but a complete ban won’t be put on the projects as it would be preposterous.

China has been the leader in this field for quite some time now, fairing better than its European and US counterparts by a fine margin.  However, while this could be a bummer for bitcoin mining in China, other countries like Canada and Iran, with new firms and regulations are clearly stepping up their game.