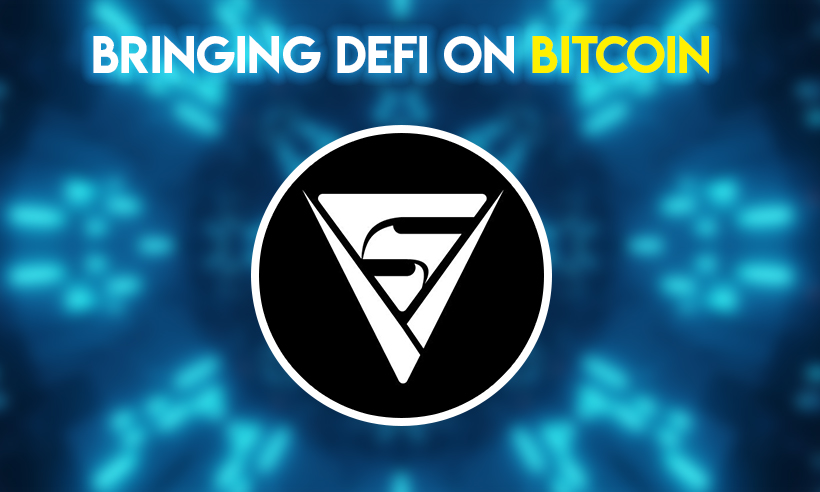 In the crypto world, Bitcoin is a major attractive factor to global and institutional investors. It is maturing towards becoming the global reserve currency. But as the crypto community is leaping into an alternate finance economy, DeFi, Bitcoin has largely been absent from the horizon. Ethereum has been the center for DeFi. Of the 233 DeFi projects listed on defi prime, 216 are built on Ethereum. If users wish to use their Bitcoins, they have to convert them to some wrapped ERC-20 tokens like WBTC or renBTC to make them usable in DeFi. Users generally have to go through centralized exchanges and lending services, giving up their sovereignty, keys, data, and control on their assets.

Sovryn is an application designed for finanicializing Bitcoin using DeFi applications built on the Bitcoin blockchain itself. It is a decentralized trading and lending platform. It is different from other DeFi platforms as it is built on the Bitcoin blockchain. Users can do margin trading and swaps, borrowing and lending, and add liquidity to the pools, all using Bitcoins.

Sovryn is a highly secure Bitcoin native DeFi platform. Its smart contracts are regularly audited from multiple auditors like Pessimistic and Coinspect. It also maintains a bug bounty to identify potential bugs. It maintains secure oracles like Money-on-chain. Soon it will integrate with Chainlink. Also, Sovryn uses an aggregate of multiple exchanges to tether the price to the market price of Bitcoin. Sovryn collects 10% of interest for the insurance fund, which protects its lenders against any loan defaulting.

So, How Does Sovryn Work?

Sovryn extends the functionality of Bitcoin by using a sidechain named Rootstock (RSK). All Sovryn transactions are settled on the bitcoin blockchain via the sidechain. RSK is a Bitcoin layer-2 sidechain that enables smart contracts and dApps. It is connected to the Bitcoin blockchain using a bridge which is a 2-way peg mechanism called PoWPeg. It is a faster side chain as compared to bitcoin with an average block time of 30 secs as opposed to 10 min block time of bitcoin.

RSK is secured by merge-mined PoW. Merged mining is the process of mining two or more chains at once. Miners use their computational power for mining blocks on multiple PoW blockchains at the same time. This provides Sovryn with the security assurances of the most secure and trusted blockchain. It is currently mined by 40% of Bitcoin’s hash power.

Users can use Sovryn for everything that they were using other DeFi applications for, integrated into a single application. It offers the following features to its users:

Sovryn is working on BTC-backed perpetual swaps allowing trades with up to 20X leverage. It will also feature Bitcoin-backed, USD-pegged stablecoins. Sovryn recommends the use of Liquality wallet which enables atomic swaps of multiple crypto tokens. All fees for the transactions are paid in BTC. It has a much lower fee structure than Ethereum.

It also ensures user privacy and does not require any KYC or AML verification to use its services. It is a non-custodial platform, which means users have full control of their private keys. In Sovryn, BTCs are sent to a smart contract deployed on the RSK sidechain. Users keep custody of their private keys and they can withdraw funds at any time.

Timeline And Future Of Sovryn

Sovryn started with its Cub release launching on testnet in Aug 2020. This included the core financial primitives for a fully integrated DeFi stack. The main application went live on mainnet with its Badger release followed by the Stoeffel release.

Its governance is managed by a native token called SOV. Currently, there are 2,370,000.00 SOVs in circulation. They are not required for paying any transaction fees on Sovryn. They are just tokens associated with participating in voting, rights, and rewards in Sovryn Bitocracy.

With its future releases, Sovryn will enhance Bitcoin privacy in DeFi using zk-proof shielded transactions. It will also migrate its smart contracts to a rollup, which allows smart contract computations to be performed off-chain and then rolled up to the blockchain. This allows for near-infinite scale, upgradability, and lower transaction costs.

After migrating to a rollup, The Sovryn protocol will soon add the ability to build EVM-compatible smart contracts secured by Bitcoin infrastructure. This will create a bridge between the Ethereum development community and Bitcoin’s layer-2 financial infrastructure. Ethereum developers can use a full, rich set of development tools on bitcoin. This bridge will allow for the quick, secure, and user-friendly transfer of tokens and data between the Sovryn and the Ethereum DeFi ecosystem. Bridges of this kind can also be built for other chains, allowing all assets to be traded and transacted on Sovryn.