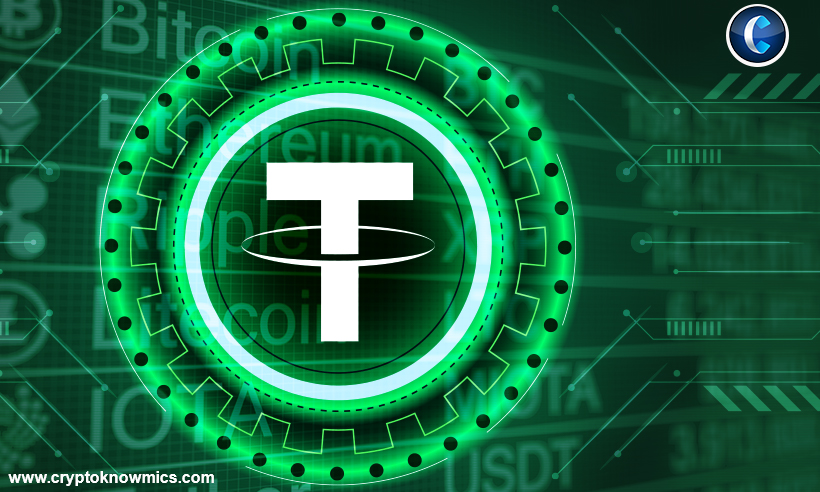 Tether the Cryptocurrency and it’s Future

The most stable and, at the same time, the most controversial cryptocurrency, Tether, has almost an equal number of supporters and opponents. The digital asset aligned with the United States dollar has become a real salvation for traders, providing a fast and cheap alternative to fiat money, and has expanded the possibilities of cryptocurrency exchanges, freeing from the need to cooperate with regulators when using traditional currency. A hybrid currency that combines the best qualities of digital assets and is backed by a fiat equivalent at an equal 1: 1 ratio has actually made it possible to digitize the dollar. At the same time, critics do not cease to publicly doubt the sufficient supply of tokens and accuse Tether of artificially forcing the rise in prices for Bitcoin.

By the way, if you’d like to buy Tether too, we recommend that you use the service called The Jing Stock. This service is legal, legit, and secure. You are just one broker away from making money off cryptocurrency!

READ  5 Ways to Successfully Invest In Bitcoins In 2020

The hybrid cryptocurrency, which appeared in July 2014, was originally named Realcoin. The project was the first practical implementation of the idea of ​​combining traditional financial markets and the rapidly developing blockchain technology.

In early 2015, the cryptocurrency was renamed Tether (USDT), and exchanges were released. For the first time, Tether technology was used by Bitfinex to improve the efficiency of cryptocurrency trading for traders. In the same year, the asset was listed at the Poloniex exchange.

How it’s holding up

Since its inception, the Tether cryptocurrency has shown high demand among users, and especially traders, functioning as a buffer between digital and traditional money. As of the end of November 2020, the coin is ranked 4th on the world cryptocurrency rating compiled by the analytical resource CoinMarketCap, characterized by a market capitalization of $18 997 155 391 USD and daily trading volumes of $114 255 345 650 USD. The fixed rate of USDT is almost always equal to $1 with small deviations.

READ  Guide To Libra Cryptocurrency Of Facebook For Beginners

One of the main strengths of Tether is the support of the hybrid currency by European and American financial institutions. The USDT ecosystem has made it much easier to digitize the dollar by significantly expanding its functionality.

How it rubs everyone in the face

Here are some of the main benefits of this asset recognized by many:

READ  Tether Introduces Half A Billion Dollars Amid BTC Rally

As you can see, Tether is innovative and just fascinating!

The founder of Binance, Changpeng Zhao, discussed the prospects for Tether (USDT) at the Korea Blockchain Week.

Due to the fact that Binance is one of the largest holders of this cryptocurrency, journalists asked Zhao to predict the likely losses that await the platform if Tether falls. The entrepreneur said that, although the current state of affairs has its risks, the same can be expected when other digital currencies fall.

In addition, he emphasized the fact that collapses have occurred in the history of the conventional currency market. The head of Binance noted that humanity has already encountered many similar cases. At the same time, he added that there is certainly some degree of concern; therefore, other types of coins are added to the platform, distinguished by stability, such as TUSD.