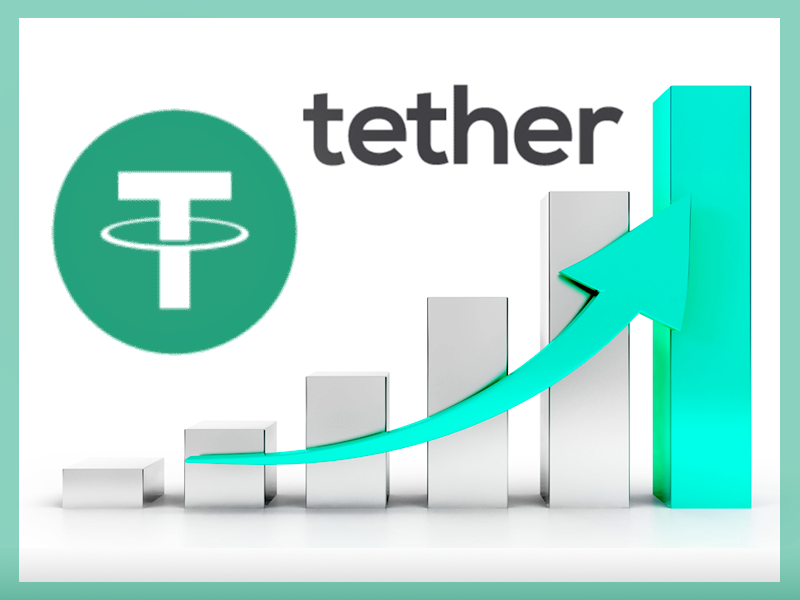 After recording its latest market capitalization, Tether (USDT) announced that on July 22, its market cap reached over $10 billion.

Since March 2020, the value of Tether in the market has been increasing. In just five months the circulation of Tether has grown rapidly and its value has doubled from $5 billion.

A report published earlier stated that exchanges have been converting the existing fiat currency into USDT, which is the one reason the cryptocurrency experienced a sudden growth in its value.

The CTO of Bitfinex and Tether, Paolo Ardoino, while sharing Tether’s achievements, said, “Tether transfers currently account for a majority of transactions and value on many of the chains where it is available”.

He further said that Tether is one of the largest consumers of Ethereum’s gas with more than $6 billion USDT which prevail as an ERC-20 token.

Another host of Tether is Tron which has more than $2.8 billion worth USDT. It is to be noted that the value of USDT on Tron is 2.5 times more than the market cap of TRX.

Omni is the third-largest host of original USDT which is based on Bitcoin. According to the transparency page of Tether, Omni holds $1.3 billion worth USDT on its platform.

Tether is also present on EOS, Algorand and Liquid but it is not much popular in the market. But among three of the protocols Tether is largely present on Liquid and this protocol holds USDT worth $17 million.

Ardoino has notified that Tether supports those startups and solutions whose ‘value and vision’ matches with its own.

It has recently invested in RGB so that it could launch a tokenized assets to the Lightning Network.

Currently, Tether is considered to be a leading non-governmental stablecoin, but it is being assumed that as soon as the CBDCs would be launched the value of USDT would start declining in the market.